Morgan Anderson may be in line to have something named after her at Solon Springs High School.

After all, the senior on the Eagles girls basketball team became the school’s all-time leading scorer this season with 1,502 points, surpassing Sandy “Spin” Slade, who recently became the school gym’s namesake.

Slade, who scored nearly 1,500 points before graduating from St. Croix High School in 1981, became the first female player to score 1,000 points, reaching that milestone as a junior. She finished her career averaging 21 points per game.

Fast-forward 38 years and Anderson’s career has mirrored Slade’s by scoring 1,044 points through her junior year and 458 points as a senior to finish with 1,502 points. She also averaged 21 points and 10 rebounds a game, including 22 points in conference games.

Those accomplishments helped with Anderson being named the 2019 Superior Telegram Player of the Year.

“Morgan had an outstanding year,” SSHS coach Adam Beilmeier said. “This was my first year coaching her, but right away I knew she was a leader. At our first practice, you could tell she was an outstanding basketball player, and her knowledge of the game was phenomenal, which made my job coaching a little bit easier.”

“I was a bit nervous, but it was fun,” Anderson said. “There were a lot of good players there.”

Anderson got the basketball bug from her older brother, Ryan Anderson, whose senior year included helping the Eagles win the Indianhead Conference basketball title and then being named the 2016 Superior Telegram Baseball Player of the Year.

“I always looked up to him and learned from him,” Morgan Anderson said. “I didn’t think I could score that many points, but with his support, all the hard work paid off.”

Beilmeier knew he had someone special the first time he met Morgan.

“I learned a lot from her. She was a joy to coach,” Beilmeier said. “You can tell she’s been playing the game for a long time and her knowledge is far above any other I have seen in girls basketball.”

Beilmeier was also impressed with… 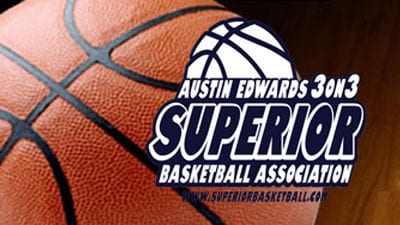 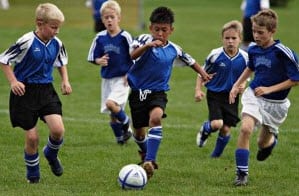 Are You Involved in Youth Athletics?