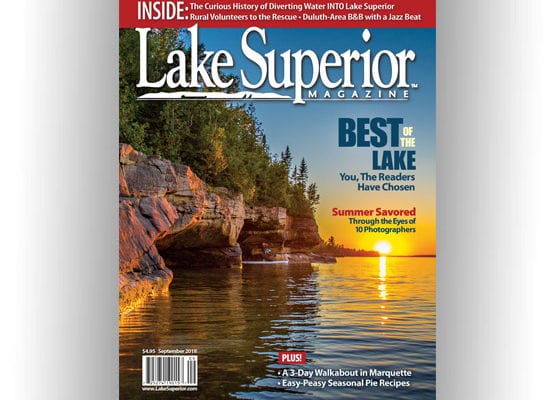 Two longtime, Duluth-based media organizations with a combined 66 years in existence are now under the same ownership, following the August 31 sale of Lake Superior Magazine and its associated books and merchandising operations to the publishers of BusinessNorth and Scenic Range News Forum.

March 1979. The magazine was acquired in 1984 and was renamed Lake Superior Magazine shortly thereafter by Cindy and Paul Hayden. In addition to publishing six issues a year, the Haydens expanded the brand over the years to include the annual Lake Superior Travel Guide, Lake Superior Circle Tour map, books, merchandise, its LakeSuperior.com and several other websites, e-newsletters and more.

BusinessNorth, which has covered business news in Northern Minnesota and Northern Wisconsin since 1992, has been owned by Beth Bily and Ron