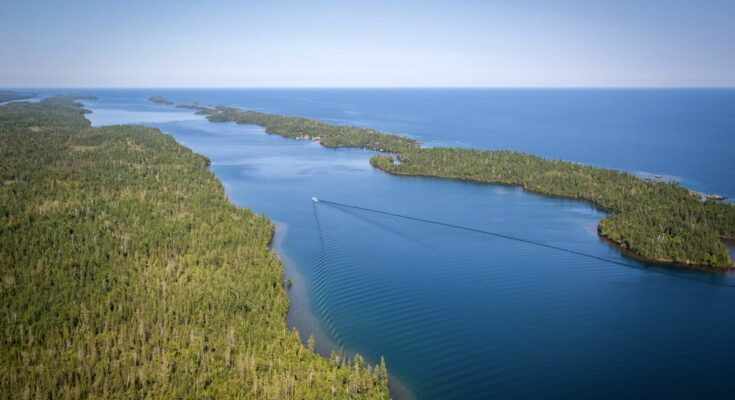 The Lake Superior neighborhood boasts five national parks in the United States, covering just about every variety you can think of under the National Park Service’s umbrella.

There are two national lakeshores – the Apostle Islands in Wisconsin and Pictured Rocks in Michigan – a national monument at Grand Portage, Minnesota, an island park at Isle Royale and a widespread collaboration of historic sites around the Keweenaw Peninsula in

Supporting all of them is the National Parks of Lake Superior Foundation (NPLSF), launched through the request of two park superintendents around 2007 and having grown from an eager band of volunteer board members to a federally chartered philanthropic partner with paid staff. The main location for the foundation currently is through the Twin Cities, though many of the founding board members remain on board and live near Lake Superior.

Tom Irvine is executive director of the NPLSF and he spoke with me in April 2022 during National Parks Week.

Tom says the role of the foundation, as with any chartered “friends of the park” group, is filling in the voids the parks have, be it programs, staffing or a capital campaign for building a new structure or for preserving an historic one. Choosing practical support goals means matching the park needs to the foundation board’s own enthusiasms.

At the end of the budget year, Tom says, the parks rarely have enough in their coffers. The foundation can help on projects small to great.

“We do the picnic tables and bear-proof trash containers, too, but we’re really trying to drive projects that are a little bit more moon-shot projects. The Lake is the commonality between all these parks, so we’re serving the Lake and the parks. We want to do everything we can to help sustain a positive future for the Lake.”

Currently the foundation does not offer “memberships,” though it has many regularly contributing supporters.

The foundation keeps in contact with other regional friends groups, especially the Friends of the Apostle Islands National Lakeshore, which also is federally chartered. “We actually work pretty closely with them and coordinate with them,” says Tom, whose family owns a seasonal home on Madeline Island. One of Tom’s favorite cooperative projects with the Apostles group

Previous PostAround the Circle This Week: April 21, 2022 Next PostRipped at Shooter’s Saloon in 2002 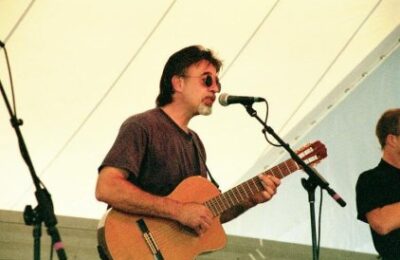 [Editor’s note: For this week’s essay we’ve once again pulled out a relic from the archive of Slim Goodbuzz, who...

I recently opened up an old binder of burned CDs and came across a much loved recording I had forgotten...