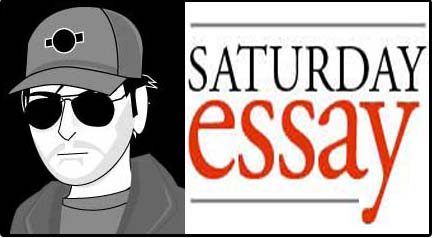 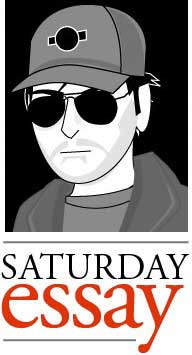 [Editor’s note: For this week’s essay we’ve once again pulled out a relic from the archive of Slim Goodbuzz, who served as Duluth’s “booze connoisseur” from 1999 to 2009. The Sultan of Sot visited Shooter’s Saloon, 624 Tower Ave. in Superior, and composed this article for the April 3, 2002 issue of the Ripsaw newspaper. Shooter’s went out of business circa 2009.]

Shooter’s Saloon is a really nice place. The people who work there are efficient and friendly. The drinks are reasonably priced. The room is large and there are pool tables and a video hunting game with a big orange shotgun. Every time I go to Shooter’s, a live band is performing for no cover charge. Yet, it’s still the kind of a scene a judgmental guy like me looks at and says to himself, “How can I wreck this by weaponizing my prejudice?”

See, Shooter’s is a country-western line-dancing bar, and country-western line-dancing people love to go there. This is the one, only and perfectly acceptable reason why I’m bothered by Shooter’s and want to wreck it. I want to go up to any of the ridiculous posers there and say, “Howdy pardner. Nice belt buckle. You look like Nick Bockwinkel. Is that the AWA belt or World Class? Say, I have a question for you. I was just thinking about how Halloween was five months ago, yet you are still dressed up like you’re in a gay bar in Nashville, which got me to wondering, have you ever once milked, roped or gutted anything? Have you even shot a BB gun at a beer can? I mean, come on Hoss, we’re on the boozebelt of Superior, Wis. Who are you kidding?”

Seriously, if Shooter’s wants to have a western theme, that’s fine by me, but get a mechanical bull, some swinging doors and at least the slightest sense that a gunfight might take place. And why not celebrate good country music? Why not, as Hank Williams III would say, put a little dick into Dixie and a little cunt into country?

With all that in mind, I amble boldly up to the bar to order my next bottle of Point Lager, which is the “beer of the month” for March. It is served up for $1.75, for which I’m much obliged. I return to my seat looking onto the dance floor, where a bunch of people are,

I recently opened up an old binder of burned CDs and came across a much loved recording I had forgotten...

Postcard from the Opening of Navigation Season

This undated postcard shows a freighter entering the Duluth Shipping Canal at some point in the early 1900s. The caption...