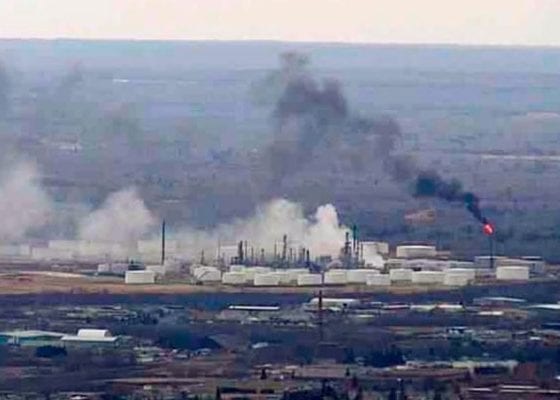 A new survey shows city residents in Superior are largely split over whether to remove a highly toxic chemical from Husky Energy’s oil refinery. The presence of hydrogen fluoride prompted a temporary evacuation of community members after an explosion and series of fires there last April.

The Twin Ports Action Alliance, a group advocating for the removal of hydrogen fluoride, commissioned the survey using funds from a $5,000 grant it received from the Center for Health, Environment and Justice. Twin Ports Action Alliance co-founder Ginger Juel said the phone survey, which was conducted by KW Call Center Services in Superior, asked three questions of registered voters from Jan. 17 through Feb. 4 of this year.

The questions gauged support for a ban on hydrogen fluoride in the city, whether they thought elected officials were doing enough to address the chemical’s use and whether people had an evacuation plan in the event of an emergency. The survey found 590 out of 1,595 respondents or 36.9 percent supported a ban while 441 or 27.6 percent were opposed. There were 564 individuals or 35.3 percent who were undecided.

Juel said she wasn’t surprised by the survey’s findings.

This post was originally published on Positively Superior Serving Business and Residential Customers U-Haul Transforms the Former Kmart to Serve Business and...