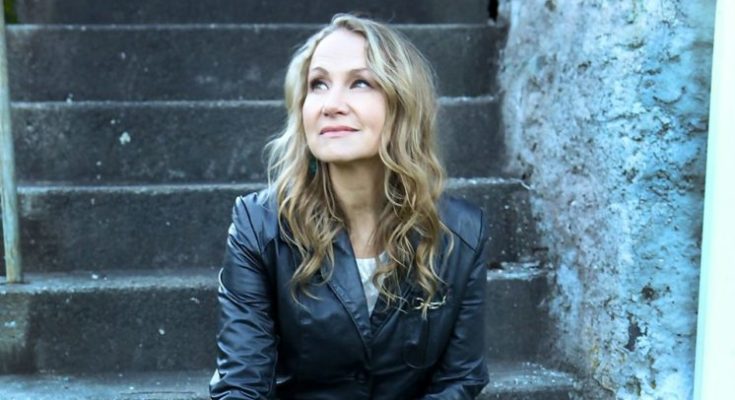 Grammy-nominated singer Joan Osborne will perform a special Bob Dylan tribute concert on the eve of his 78th birthday at Sacred Heart Music Center, just blocks from where the legendary songwriter was born in Duluth.

Tickets go on sale at 10 a.m. Thursday, April 4, at eventbrite.com, the Electric Fetus Duluth and Globe News Superior. Tickets are $25 in advance and $30 at the door.

Osborne, a multi-platinum selling, seven-time Grammy nominated artist, released her cover album “The Songs of Bob Dylan” in 2017 and has been touring the music around the world. This will be her first performance at Sacred Heart Music Center, a volunteer-run organization based in a former 19th Century cathedral.

Osborne and her accompanist will perform acoustic-based versions of a wide range of Dylan songs from early classics to late period gems.

“His versions are legendary and I’m not trying to improve on them,” Osborne says. “I’m just trying to sing beautiful songs and let people hear them. It’s about trying to give a different shade of meaning to something that’s already great. I happen to think Dylan is a great singer, but I will never, in a million years, sound like him, which almost made it easier.”

The Kentucky native started performing her own songs in New York City’s downtown rock clubs. She eventually scored multi-platinum success with her 1995 album Relish, featuring the Top 10 hit “One of Us.”

Osborne has toured with the surviving members of the Grateful Dead, was featured in the motion picture Standing in the Shadows of Motown and performed a song with Bob Dylan in 2003. She has recorded nine full length albums.

The show is part of the weeklong Duluth Dylan Fest which annually celebrates Bob Dylan’s May, 24, 1941, birthday in Duluth. Osborne will kick off three days of music at Sacred Heart Music Center honoring Dylan. Events include a songwriters contest on May 24 and the Duluth-based Bob Dylan Revue Band on May 25.

Funding from the Arrowhead Regional Arts Council is helping support the project.

The 21st annual Homegrown Music Festival is just a month away. The 100-page Field Guide, with all the who/what/when/where/why was...

Photojournalist Derek Montgomery and MPR News bring amazing images of the annual breaking of the ice on the Duluth Harbor....