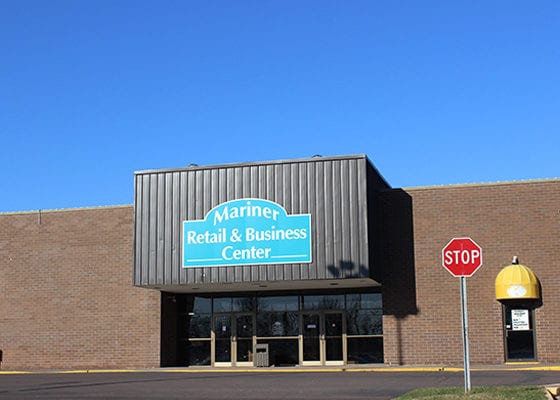 This post was originally published on this site Positively Superior

The Mariner Mall was built in 1980 by Western Properties Joint Venture 1 (which included partner Carl Pohlad, former owner of the Minnesota Twins) and ultimately sold to its current owner, Quality Investments, in 1995. To say that the retail landscape has shifted since 1995 is a massive understatement. That was the very year a small company owned by Jeff Bezos went online as Amazon.com. Online shopping would affect the future of shopping malls all across the country – which is another story, of course.

A lot has changed in the mall industry and at the Mariner since then, and Property Manager Suzyn Cragin has been working here through it all. A 24-year-old at the time of the Mariner’s grand opening, Cragin was hired on to manage Claire’s Boutique, a retailer of jewelry and accessories. Over the course of time, her career became intertwined with the Mariner.

Eventually she was hired by Quality Investments as the mall’s administrative assistant and became the marketing director before she was tapped for her current position as manager. This role requires her to wear all three hats these days and several more. “This building is like a part of me. It’s not strictly for the income,” Cragin said of her long tenure.

The Mariner operates with a staff of two full-time and three part-time employees, and this hard-working crew handles everything. In addition, 24/7 security is provided through Per Mar Security Services. Cragin and Facilities Manager Mark Rabideaux oversee all aspects of operation, working right alongside employees and rolling up their sleeves to do whatever needs doing. “I have no problem getting up on the High Jacker, hanging electric cords or displays,” said Cragin. On the day interviews were conducted for this article, Cragin and Rabideaux were getting ready to decorate the facility for the holiday season.

Of the 267,456 square feet of space available, 79 percent is currently occupied.

In between managing and hanging decorations, Cragin is also obtaining bids from contractors for levelling the floors of the former cinema. These all have a significant slant, rendering the space currently unsuitable for other purposes. The gargantuan project, requiring tons of sand, concrete and money, may be more than the Mariner can justify spending at this time, she noted.

This past fall, GNC and Total Recreation closed their locations. The latter came as a surprise, said Cragin, since the store was profitable and had a… (read more)