Home Community Get Involved in Your Community 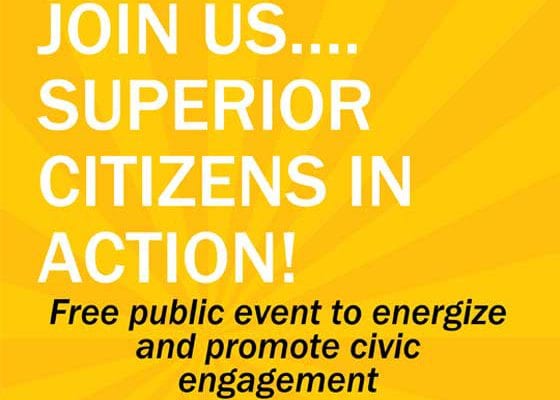 Get Involved in Your Community

One could make the observation that Superior’s future hangs in the balance. Tower Avenue went through a very extensive rebuild from Belknap Street, north to N. 3rd Street in 2014.

Additionally, the Belknap corridor is slated for reconstruction in 2016 from Tower Avenue to Hill Avenue (or is it 2017…as many of you know, there’s a funding hang-up at the state level…now that the governor is out of the presidential race, perhaps he’ll attend to business.)

Street reconstruction aside, there remains much to do if Superior is to regain a competitive stance with our big brother across the bay. Tower Avenue is pock-marked by multiple vacant lots (one of which is the former location of the Palace Theater that our previous Mayor gleefully demolished).

Additionally, one cannot help but notice the many vacant storefronts in downtown Superior. Although there is an initiative afoot for a renaissance for the downtown area involving massive investment, that may not happen for several years.

Belknap is notable for being the home of multiple auto title loan shops. Even the bustling bar business of the 70’s and 80’s has gone fallow, causing Saturday nights in our downtown to look more like Monday’s. Superior continues to lose residents to Duluth and points beyond, and retail businesses find it increasingly difficult to compete with the juggernaut of the Miller Hill shopping corridor in Duluth.

To add insult to injury, Target has just announced plans to close their Superior location at the end of January. The City administration intends to pressure Target to stay open, however that is unlikely to be successful…after all, stores close due to shortfalls in their business plans. Additionally, Belknap Plaza has not recovered from losing the Super One grocery store a couple years back, and the barren hallways of the Mariner Mall are an ongoing embarrassment to city  residents.

Fortunately, there are a number of young Superior residents who are committed to staying here. They have hope for the future, plan to raise their families here, and have decided to mobilize in hopes that just maybe some fresh ideas can percolate to the surface. If you also have hope for the future, you are invited to attend an event at UW-Superior in Swenson Hall this Saturday from 10 am until 2 pm.

Perhaps it is time for those who will still be living in Superior ten, fifteen, and twenty years from now to begin leading the city.

This meeting is sponsored by the UWS Political Science Association, the Social Work Student Association, UWS faculty, staff, alumni, and community members. To pre-register to attend, send your name and the number of people attending with you to superiorcitizensinaction@gmail.com.

Using Social Media to Work on Your Issue 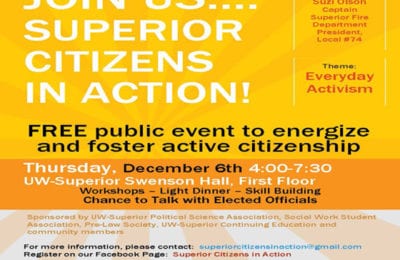 Every Plot Has a Story By Tony Tracy What are your goals in life? For many, it is to see...

By Felicity Bosk   Superior was Spooktacular on Oct 17, with was live music and vendors around the pumpkin patch that...