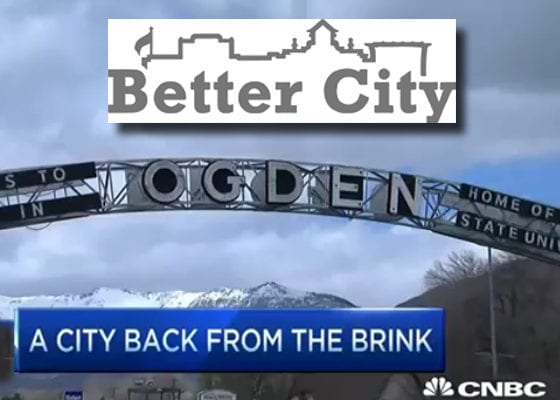 What Started the Better City Initiative?

As I reported in an earlier article, the origin of the Better City Superior initiative began three years ago as a joint private/public partnership with the goal of redeveloping our downtown. Superior has been experiencing declining population and business since the end of World War II, and this state of affairs has hastened in the past two decades.
See links to additional articles about BCS

Meanwhile, our neighbors in Duluth have seen new rapid economic growth, partially attributable to expanded tourism. While Superior has been challenged to retain business and younger residents, Duluth has become a destination.

With that in mind, an influential group of Superior business and government leaders came to believe that bold and proactive steps were necessary. Some would call them dreamers, I prefer to think of them as visionaries.

While the appeal of Superior may lie in part with our proximity to the shores and scenery of Lake Superior, small town friendliness, many nearby recreational opportunities, and outdoor sporting events such as the Lake Superior Dragon Boat Festival in the summer and pond hockey in the winter on Barker’s Island, our community also has a downside.

Are we truly living up to our name?

Issues such as empty storefronts, slow growth of quality housing, sub-par job development, fewer dining and entertainment options, closing retail stores, and the flight of our youth to larger cities such as Minneapolis (and even Duluth) have caused Superior to appear stagnant and unattractive to potential residents and businesses.

The visionaries I referenced above believed that a professional development team was needed to help our city address this situation. They felt that defining the diverse needs of our changing community was of the highest importance.

To that end, they began to reach out to business leaders and concerned citizens in order to identify what resources were needed to grow and enhance our community. Ultimately, they decided it was about creating a new and improved quality of life that our community members can be proud of, and that others would find attractive.

In the process of meeting to plot out a plan for the future, our visionaries learned of Matthew Godfrey and his team from Better City LLC, headquartered in Ogden, Utah. Better City was founded in 2012 by Godfrey, the former mayor of Ogden, Utah.

During his time as mayor, Godfrey developed Ogden’s outdoor recreation industry by recruiting over $1.2 billion of new investment, 6,000 jobs including major brands such as Salomon, Rossignol, Atomic, and Descente. Ogden also redeveloped over 130 acres of its blighted downtown.

In 2011, Ogden led the country in job growth and was ranked by Forbes magazine as one of the top 10 cities to raise a family. Watch the video below to learn more about the successes that Ogden has experienced in the past decade and a half since undertaking their economic overhaul.

Shortly after leaving office, Godfrey founded Better City with the intent of helping other communities around the country achieve similar results. In the process, Godfrey and Better City have worked with communities in Colorado, Idaho, Massachusetts, Nevada, Ohio, Pennsylvania, Utah, Wyoming, and now in Wisconsin with Superior.

Better City works with community leaders to develop “actionable plans” and then assists with implementing them to drive job creation. Their experience with market-tested strategies helps them develop plans tailored to specific local economies.

Better City Superior came about as a result of talks with Godfrey. The services of his company were engaged to began the process of meeting with Superior business leaders to determine what factors our city is missing that hamper growth. His charge was to identify what lifestyle amenities and business assets are needed to make Superior grow, and to describe who we are as a “family unit”.

According to BCS leader Bruce Thompson, Godfrey believes Superior has “the sky is the limit” potential. Godfrey has visited our city numerous times, and spoken at several large and small events regarding the limiting factors, as well as the opportunities he believes that are in Superior’s corner.

Mayor Bruce Hagen at a BCS presentation earlier this year.

Mayor Bruce Hagen and Chamber President Dave Minor have also been involved in the process of getting Better City Superior up and running, and networking in our community.

Near the end of 2015, the BCS group conducted a series of three public forums with local residents to learn from them about their goals and dreams for Superior. I was fortunate enough to attend one of these meetings and participated in an interactive survey that enabled the moderators to instantly review the views and opinions of those assembled. They then shared our collective responses to their questions with the group.

The information from these meetings was then used to create an extensive on-line survey that was made available on the BCS website for a number of weeks. This survey collected input from 1130 local residents and business people, over 90% of whom are residents of Superior and/or Douglas County.

In our next article, Explore Superior will review the results of these surveys to help describe how many of us feel about our community and what steps should be taken to rebuild Superior from the inside out. Please stay tuned as we continue to explore how Superior can become a Better City!

Other articles from Explore Superior about Better City

Return to top of page