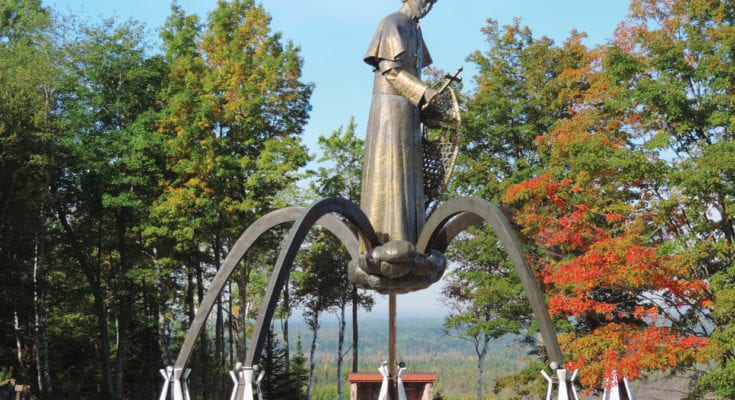 As the story goes, in 1846, Father Frederic Baraga on Madeline Island heard word that the Ojibwe community at Grand Portage (in today’s Minnesota) was in the midst of an epidemic and needed aid. With no roads cut along the edges of the Sawtooth Mountains, the overland journey would be more than 200 miles and likely a month or more of travel.

Across Lake Superior, however, there would be only 40 miles to traverse in less than a day. Baraga enlisted the paddling help of a local Ojibwe man, Louis Goudin, and they launched Goudin’s 18-foot canoe from Sand Island toward the Minnesota shore. Soon, a storm arose. For several hours, Goudin paddled frantically while Baraga prayed for safe passage. Eventually a craggy, almost frightening shore appeared before them with no place to land. Louis hesitated, but the priest directed him: “We will be saved. Go straight on.” And

Previous PostLearning to See & Surprise Yourself Next PostRescuing The Rock