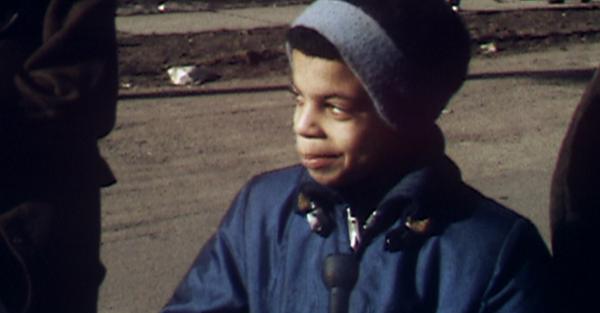 Sometimes the media has something extremely cool in their possession and yet they have no idea it even exists. This is exactly what happened at WCCO-TV, the CBS affiliate in Minneapolis when they were looking through restored footage of the 1970 Minneapolis teachers strike.

According to their story, WCCO Production Manager Matt Liddy was looking at the footage in order to offer context to the teachers strike that happened in the same district last month. As he combed through the footage, a very familiar face appeared and it left Liddy speechless.

The face looked exactly like Minnesota legend Prince! But, could it really be an 11 year-old Prince on camera? At first, there was no audio available for the video so a specialist helped to extract the audio.

While the voice and mannerisms sure matched Prince, the boy in the video never gives his name. So, while everyone who saw the video agreed that it must be Prince, they launched a full investigation to be sure.

The first thing they did is try to find the other boy interviewed in this video because he did offer his name. However, they were unable to located and contact the boy based in that information.

They next turned to Kristen Zschomler, who is a professional historian and archeologist who researches properties and landmarks around the Twin Cities. Not only that, she’s also a dedicated Prince fan who is an expert on his life in Minneapolis.

She watched the video and was also convinced it was an 11-year Prince captured on film. She also noted the school in the video definitely looks like Lincoln Junior High School, which Prince attended at that age.

Zschomler next connected them with Terrance Jackson, who had befriended Prince as far back as kindergarten, where they attended John Hay Elementary in north Minneapolis.

While watching the video, Terrance had an immediate emotional reaction and confirmed what had been suspected all along, the boy in the video is indeed Prince.

Aaron Kloss is a Duluth-based landscape painter with a distinctive, contemporary style. He draws inspiration from the natural world, particularly...

Sacred Heart Music Center is releasing an album recorded during empty-building, pandemic-lockdown concerts live streamed over its YouTube channel in...