Home Community Events Festival of Sail on Its Way for 2022 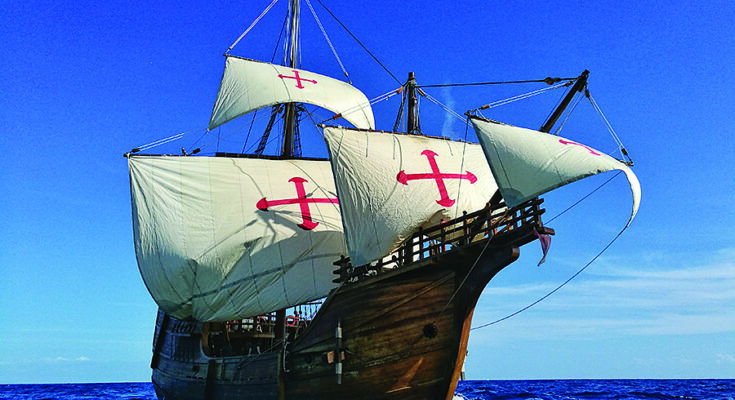 The tall-masted ships will be back on Lake Superior next year with an extended stop in Two Harbors.

The 2022 edition of Festival of Sail Lake Superior from Aug. 4-7 will boast at least a dozen ships – including an impressive new visitor from Seville, Spain – along with a number of special V.I.P. additions with limited tickets and additional on-board activities. It’s the sixth installment of the popular festival and part of the Tall Ships Challenge Race series.

The venue had to change from Duluth to Two Harbors, said festival producer Craig Samborski, because of reconstruction on the sea wall in front of the DECC, where the ships usually would tie up. The projected construction on the multi-million dollar project will continue into 2023.

“We’re excited for the new sea wall and future event space on Duluth’s waterfront,” Craig said in a press release. “However, cancelling the event in 2022 was not an option for us. The search for a new venue didn’t take us far. We approached Two Harbors’ Mayor Chris Swanson, and he, along with the community of Two Harbors, have graciously offered to host the festival on their beautiful waterfront. Two Harbors has that wonderful small-town charm, yet boasts a stunning, expansive waterfront.”

Mayor Chris Swanson said the community is excited about hosting the event and introducing people to all the town has to offer. “We’ve had a vision to bring more events to the community … although we were focusing on much smaller events. … The way our waterfront is laid out, it’s going to be absolutely spectacular.”

Chris said already they have logistics experts working on how to safely and conveniently accommodate the thousands of people who come to the festival. “The bulk of the folks will be shuttled in,” he said, adding that most of the shops and attractions of Two Harbors are within walking distance of the waterfront. “We would love to have people percolate more through the community.”

Craig pointed out that the waterfront space available in Duluth was about 900 feet whereas in Two Harbors, about 2,200 feet of usable space are available.

“Two Harbors’ Agate Bay has extensive dock space for more ships, and the event site on land is nearly three times as large as previous years,” Craig said, “not to mention the impressive volume of Great Lakes commercial ship traffic to ogle. With that said, I’m

Orehenge: Sure England has its Stonehenge, but Marquette has its Orehenge, when the sun and the ore dock at Marquette's...

Over the Top: Photographer Paul Sundberg up in Grand Marais, Minn., documented a storm on Minnesota's North Shore on Nov....