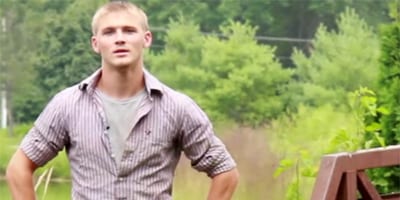 Dennis Fehr, founder of the Peoples Party, is a native of Chippewa Falls, Wisconsin, and is 23 years old. He grew up on a small hobby farm in Chippewa County, and is the oldest of five siblings. Fehr says “growing up in this happy, functional family with his brother and three sisters has been very exciting and rewarding”. He maintains that his “close nit functional family and the activities they enjoyed together, even feeding the horses or cleaning out the barnyard, helped shape him into the hardworking, outgoing, and family oriented person he is today”.

Fehr started his first business venture at the age of nine. Fixing and reselling used bicycles alongside the road. As a teenager, he and his father dabbled in the manufacturing of bio fuel. Fehr claims these two business ventures provided him with the building blocks to work out complex processes “with the end result and goal in mind”.

According to Wisconsin Public Television, Fehr has received citations for violations such as driving with no registration, and two for underage drinking. Court records show that Fehr has paid $2,000 since 2010 in fines. When asked if his campaign is a protest, he responded by wondering what his $2000 was spent on and if it was spent wisely. He also stated that one of his underage drinking citations was issued seven minutes before he turned 21 years of age.

The Dennis Fehr for Governor website can be viewed here.