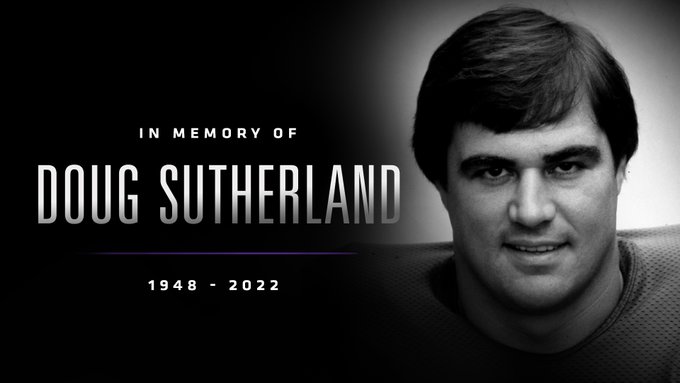 Former Purple People Eater, Doug Sutherland played in the fourth-most games of any defensive tackle in Vikings history, including eight starts in 1974 filling in for Gary Larsen.

Doug Sutherland was one of our proudest Legends. His humble nature did not allow for him to talk much about his own playing career, but Doug was a key member of some of the best defenses in NFL history and three Super Bowl teams. Doug was also the consummate teammate after football. He was one of the most active members of Vikings Legends events and didn’t miss a chance to help out at a community event or lend a hand where needed. Our thoughts are with Doug’s friends and family. 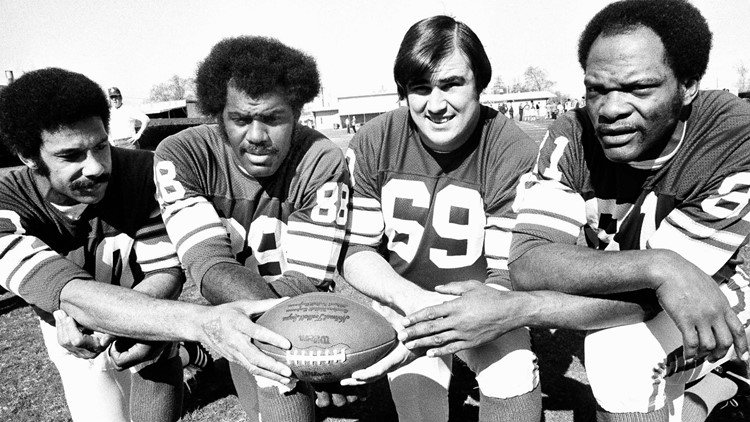 These are four of the defensemen of the Minnesota Vikings. From left are end Jim Marshall, tackle Alan Page, tackle Doug Sutherland and end Carl Eller. They met the Pittsburgh Steelers in the Super Bowl game in New Orleans, on Sunday, Jan. 9, 1975. (Credit: AP Photo)

“I am so sorry we have lost this amazing guy and member of the Vikings family,” tweeted Eller Tuesday night. “He was one of the kindest, most genuine men.”

A native of Superior, Wisconsin, joined the Vikings in 1971, who were managed at the time by Superior native Bud Grant. He played in the fourth-most games of any defensive tackle in Vikings history, including eight starts in 1974 filling in for Gary Larsen. After Larsen retired after the 1974 season, Sutherland took over his position full time, playing alongside Hall of Famers Alan Page and Carl Eller, and Vikings Ring of Honor inductee Jim Marshall.

Sutherland was a long-time member of Superior Rotary, a realtor with Coldwell Banker/East West Realty, and a regular participant at Vikings functions. He will be dearly missed by the Superior community.

(Family Features) Spring is a time of renewal and revitalization, but it’s hard to appreciate all the invigorating aspects of...