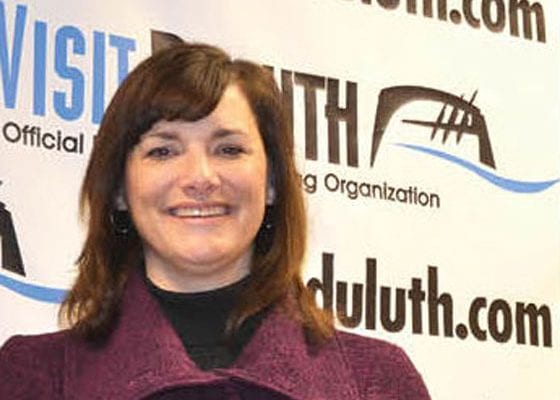 According to Visit Duluth President Anna Tanski, the impact of tourism on Duluth was nearly $1 billion in 2015. This is according to an in-depth tourism research study released by Visit Duluth.

Visit Duluth is the city’s convention and visitor’s bureau, and Duluth’s only officially recognized destination marketing organization. It’s mission is to attract the “maximum number of visitor dollars into Duluth’s economy.”

Tanski was quoted as saying “It had been nearly a decade since an investment was made to gather this type of critical research data, which is vital information for organizations like ours. This research is invaluable to us, both to measure past efforts as well as to develop future campaigns.”

Visit Duluth focuses on the importance of tourism and the impact that it has on Duluth and the surrounding area. While working to expand tourism is the primary focus of Visit Duluth, their website reveals a greater goal by asserting that the end result of their success…

“helps ensure the city’s financial base by creating jobs, bringing outside customers to local businesses and increasing our community’s quality of life.”

Superior residents recently voted in favor of the Better City Superior (BCS) initiative by a three to one margin, giving public and private supporters the green light to actively promote redevelopment of downtown Superior at the state level.

Board members of BCS, along with key public officials are currently working with leaders in Madison in hopes of getting the initiative inserted into the state budget in 2017.

A binding referendum will be put in front of city voters on April 11th asking them to approve adding a ½% sales tax on restaurant food and beverages, rental cars, and a 2¾% on hotel/motel stays within the city limits. With support in Madison via the state budget, and an affirmative vote on the binding referendum, City leaders would have the ability to create an Exposition District that would cover approximately 10-12 acres in the downtown area.

(For more about the Exposition District, follow this link to see a previous Explore Superior article.)

Bruce Thompson, Community Bank President at National Bank of Commerce, and leader of the BCS, asserts that Superior has a tremendous opportunity should this project become a reality. In relation to the tourism numbers reported by Visit Duluth, according to Thompson…

“The impact on tourism on Superior if the BCS initiative goes forward could be four hundred thousand additional visitors annually which is 6% of what Duluth is drawing. This provides a considerable opportunity for our existing businesses to capture discretionary spending from those new visitors.”

He went on to say that, based on Visit Duluth’s report, four hundred thousand visitors contributing the same economic impact percentage Duluth is experiencing would result in “an additional sixty million dollars of spending in Superior.”

He and his fellow BCS board members envision a 120 room hotel, with an attached convention center, and even an indoor “Wisconsin Dells” caliber water park. Also proposed is an indoor sports facility that could host large tournaments that would attract soccer and lacrosse players from across the tri-state area.

When you add in the proposed “corporate campus” that could house businesses providing up to 600 jobs, you have the makings of a game-changing event in downtown Superior.

To bolster his case for making BCS a reality, Thompson said, “We have made several trips to the capitol to meet with the Governor’s Chief of Staff, Policy Director, Budget Director and Secretary of Administration. In addition, the Governor himself was in Superior December 16th for a listening session.”

The Exposition District will be a top initiative of Superior Days in February to continue the legislative approval path should the Governor not make it a selective budget item on his part.

Explore Superior reached out to the five candidates for mayor for their opinions about the Better City Superior proposals. We have published their full comments in a separate article (view it HERE), but here are brief overviews of their thoughts.

The candidates are listed alphabetically by last name:

“The BCS project will be a viable way for us to contribute to the overall Twin Ports tourism.  When Superior expands it’s tourism dollars it benefits every resident and business in our area.”

“BCS is just one piece of the puzzle, but it is a large piece. The initiative offers to put us on the map; not only for tourism related purposes, but for the future creation of jobs, homes and our local businesses.”

“Superior has taken a first step by improving the current look of the downtown area….new face fronts on their stores…entrepreneurs have chosen the downtown to start their businesses.  Better City Superior will complete the goals and reality of a living and thriving downtown.”

“The BCS Initiative is a welcome and historic achievement for our downtown. Setting the table for a convention center, multipurpose indoor arena, and more, we could see a significant business renaissance in Superior.”

“Better City Superior is bold initiative that has the potential to transform Downtown Superior into a destination across the upper midwest. I’m proud that Superior chose to take a chance on Better City and I’m excited to get to work.”

Other BCS articles from Explore Superior