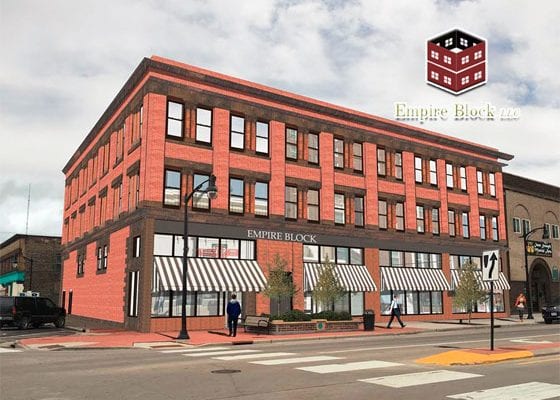 Video Tour of the Empire Block

Explore Superior was fortunate enough to get a tour of the former Lurye Furniture Building, originally named the Empire Block when constructed in 1892.

Mark Hubbard, former co-owner 0f Lakehead Construction and current owner of Empire Block LLC took us and Jon Winter of the Douglas County Historical Society (DCHS) on a tour of the building back in May of this year.

Mr. Hubbard expects construction to be completed by October of this year, and the final result should see fifteen new apartments located in the upper floors, and a combination of retail, restaurant and possibly office space on the main floor and in the basement.

Near the end of the video, Mr. Winter explains how the project was able to receive loan credits via the DCHS. We’ll check back soon to see how the project is coming along.

Were the two trails to be connected, their combined length would be almost 12 miles. This would certainly create new exciting hiking and biking opportunities for local residents and visitors to our city.

Other Stories in the ES Economic Development Series