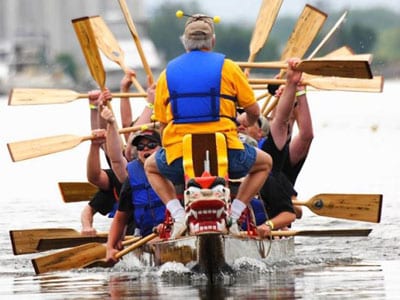 I am thinking about dragon boat racing. I wrote a chapter, the first chapter in a national book called Reaching for Life (Book 1) four years ago. The second edition will come out this summer.  The book was sponsored by the Dynamic Dragon Boat Racing  group. It was edited by Raul Fernandez-Calienes and Penny Behling. It was sold out in three days and reprinted.

This time I started off by writing about a local Superior resident on one of our teams, Barb Hoag. Part of the first chapter is in this article. She has been a drummer for many years on the Many Faces of Breast Cancer Team I. We have two Circle of Hope teams  in the race each year.

Peggy Rydberg, a former team captain who was from Superior and who died of breast cancer wanted our teams to be a celebration of life.

I should say that this great event is put on by the Rotary, and there are at least under 100 teams that register for the thrill of racing. All money raised by the Rotary goes for great causes.

The Friday night before is the opening of the dragon ceremony.  On Saturday the day is filled with a lot of healthy competition and is a day to have fun in the sun. It usually starts off with a pancake breakfast. Two or three races per team take place throughout the day. We have never had more than two races per team. There is the beer tents and even a craft sale at opposite ends of the island the day of the race. Did I mention a band the night before on the stage and the beer tent is open?

“Celebration of Life” is what comes to my mind when I think about our dragon boat racing teams, The Many Faces of Breast Cancer Teams I and II. Our teams are made up of breast cancer survivors and supporters. Team II has mostly breast cancer survivors on it.  We wear different colored shirts each year with our sponsors on the back. In the past we would  release environmentally free  pink balloons (with short strings) at the opening ceremony. The above picture of Barb says it all.

Hoag does “Bowling to Beat Breast Cancer” in our community, so that breast cancer patients can get the book “Chicken Soup for the Breast Cancer Survivor’s Soul.” These are given out to hospitals and even to Circle of Hope for patients. I think of dragon boat races, and I also think of Barb’s pink scooter. She is very pink that day. The day reminds me of the song by Cool and Gang called “Celebrate.” It was my favorite for years. I think of each day as a gift, a present and we should celebrate.

I think most teams make it fun each year. I know our team rents a large tent, and we have a picnic. Family and friends are invited.

We have had everything at our picnics through the years. One year we had a Duluth Grill fajita party, another year Susie Stockinger brought shrimp, steak and other meat entrees. We could barely get out of our chairs the year Susie brought all the meat entrees. We were overly content. We will never forget that year.

Still another year when Karen Geegan rowed with us we had a chicken wing party among other things. There are many years that we had brats, hot dogs, and hamburgers. Everyone contributes, if they can.  Yes, it has been a culinary experience when I think back. Great eats, great times, and fond memories.

From this year forward, we are doing themes each year and the food will be centered around a cultural theme. I think it will give it more of a kick. No coconut bras or hula shirts. We will have a Hawaiian theme with tie dyed shirts, lieu’s and other craziness. I think the food will be really exciting because some of us will make it Hawaiian. Some folks will bring their traditional items.

If you want to start a team check out the Lake Superior Dragon Boat website. www.lakesuperiordragons.com, You form a team of 21 people. Register and pay your fees. They are due July 1 of that year. We always use registrations forms to reduce any liability and have every ones contact info.  The team captain will register practice online.  Figure out what shirts your team will wear. Most teams want unity.

Fundraising for the dragon boats charity partner is an option. It is not an option for 501 (c) 3 non-profits because they can only donate individually not as an organization. There are federal laws on this matter.

Figure out about having a tent. Then there is organizing your team for practice by the type of rowers. For example, some folks make great engine rowers. Remember to remind your members to bring a chair, sun screen, and money to spend.

I think the parade or the opening of the dragon ceremony is always fun. You see such team spirit. Some teams have banners, flags, and have some real positive team spirit. I have seen some real creativity through the years. It is about having fun and celebrating the day. 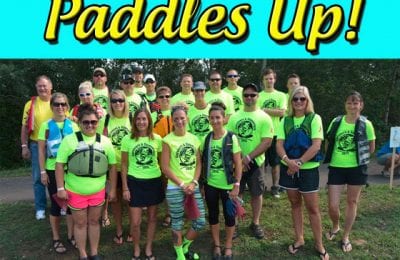 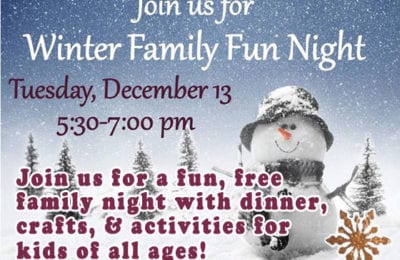 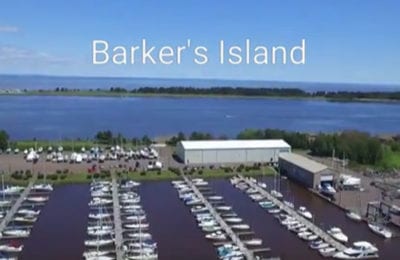