Firefighters will be out on Tower collecting donations until Aug. 13

Superior fire fighters have been taking to the streets, asking drivers to “fill the boot” with donations for the Muscular Dystrophy Association. Every year since 2009 they have been doing this campaign, and this year so far they have raised a little over $9000.

The International Association of Fire Fighters is the MDA‘s biggest sponsor. They have been sponsoring them for 60 years. The money goes to muscular dystophy research, as well as local summer camps for kids with the disease.

Superior firefighters took to Tower Ave on August 11. They could be spotted at intersections asking drivers at red lights if they could fill their boots with donations.

They will be out on Tower again today and tomorrow. “We usually do it three days to cycle through all three shift,” said Camron Vollbrecht. “We do this campaign at other events like the Fourth of July parade as well, but the Fill the Boot on the Street is the most successful.”

MDA is the worlds leading nonprofit research organizing for neuromuscular diseases. Their mission to to save and improve the lives of those with muscle diseases. 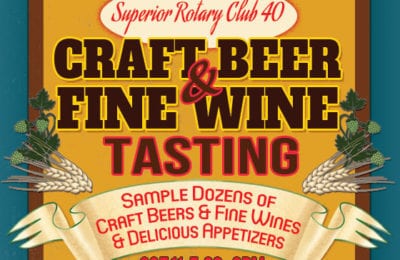 By Felicity Bosk 1. They almost went extinct In the 1880's seagulls were nearly wiped out by hunters who wanted...

Event Happens Sat., Aug. 8, 11am– 5pm Are you ready for a celebration as big or bigger than the North Tower Avenue...