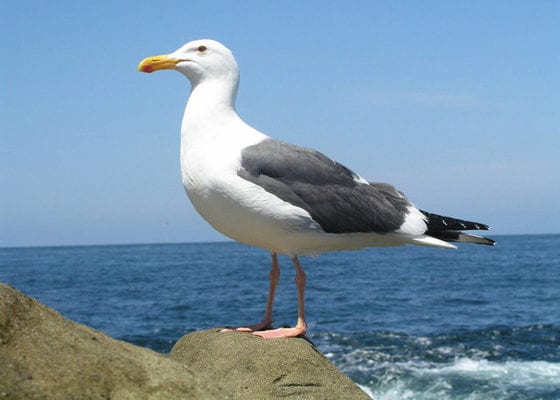 In the 1880’s seagulls were nearly wiped out by hunters who wanted their white feathers and eggs. The population has risen thanks for conservation efforts such as the Migratory Bird Treaty of 1918 which made it illegal to kill or capture migratory birds. Still, shorebirds are among the most threatened breeds of birds in North America.

3. Males and females raise their chicks together

Both parents will take turns keeping their eggs warm, usually each taking a 3-4 hour shift. When a seagull is sleeping in their nest, their mate will sleep beside them. They often mate for life and take turns with the responsibility of parenting. They even chose the site of their nest together.

The white birds with grey wings that we see all over the place are not actually sea gulls, but are instead American Herring Gulls. They are the most familiar type of gull in North America. There are numerous breeds of gulls and many popularly go by the name “sea gull” but the ones found around Superior are actually American Herring Gulls.

More in Outdoors, What/Who's That?