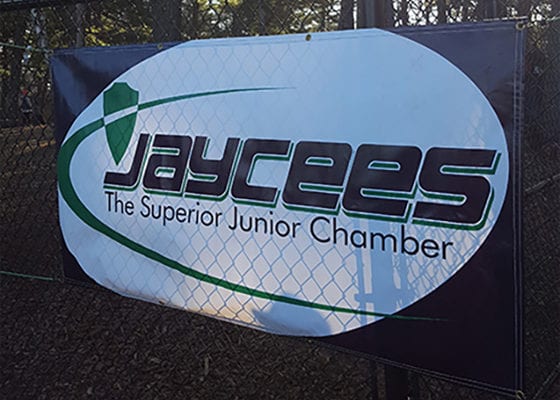 The Superior Junior Chamber of Commerce (otherwise known as the Jaycees) is a civic organization whose purpose is to train the leaders of tomorrow. Its mission is “To provide men and women ages 21 – 39 the opportunity to develop personal and leadership skills through local community action and organizational involvement while expanding the Junior Chamber movement.”

Founded in Superior in 1953, the organization is a chapter of the Wisconsin Jaycees and the U.S. Jaycees. While the national and state branches have rebranded themselves and are now known as JCI (Junior Chamber International), the Superior chapter continues to go by the Jaycees name.

As noted in its mission statement, Jaycees membership is limited to the age range of 21 to 39. There is no limit on membership length, but officers, who are elected by their peers, retain their titles for one year. Once members “age out,” the hope is that they will join other outstanding civic organizations in Superior, such as Rotary Club, Kiwanis or the Optimist Club.

While the group focuses on leadership skills, networking and community service, its youthful, dedicated members also place a high priority on having fun throughout the year. For instance, the Superior Jaycees are the energetic group behind the Gitchee Gumee Brewfest, a beer-sampling extravaganza that raises money for good causes right here in the Superior community.

“We currently have three couples who are Jaycees members, and there are even three Jaycees babies.”
– Past President Kerstyn Hendricks

While the Brewfest is its signature fundraiser, the Jaycees have plenty of other projects they are committed to, including community service events, making financial donations, providing networking opportunities and more. And all of these events and initiatives not only benefit its members; they directly benefit Superior and Douglas County, too.

Current Jaycees President Lukas Saunders explained that the group meets on the third Thursday of each month at 6 p.m. Meetings are held at the Superior Elks Club, located at 1503 Belknap St. Domino’s pizza is served at each meeting, and the Elks provide a… (read more)

DOWNLOAD THIS FLYER HERE AND POST ON BULLETIN BOARD JOIN US…. SUPERIOR CITIZENS IN ACTION! FREE public event to energize...

This post was originally published on Positively Superior Serving Business and Residential Customers U-Haul Transforms the Former Kmart to Serve Business and...