Third District City Councilor Warren Bender announced his plans today to seek re election for that seat.  Recently while delivering the BENDER BULLETIN he was asked by many constituents to please seek another term as the councilor for the third district.

The third district in Superior runs from 21st Street to Superior Middle School, and from Tower Avenue to Catlin Avenue.  The district also includes Bartley Manor and Woodland Way, the airport, and twenty-five residences in South Superior east of Hammond and north of Stinson.  According to Bender, he respondes to over four hundred phone calls, emails, and conversations yearly.

In 2011 and 2013 Bender was a Rotary Ambassador to Bolivia to tour Mano a Mano projects funded by local Rotary Clubs.  In 2014 he was part of work group who helped build two new classrooms at a school in La Curvina, Monterrico, Guatemala; and most recently he wrote a grant and led two groups to build a soccer/basketball court and a multipurpose room at the same school.  In June of 2015 Bender traveled to São Paulo, Brazil for the Rotary International Convention.

Bender is married and has 2 adult children and 3 grand children. 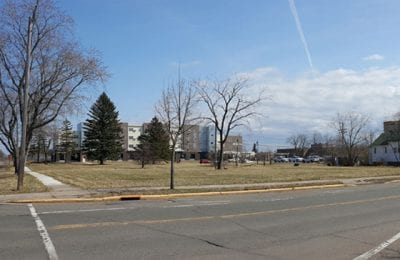