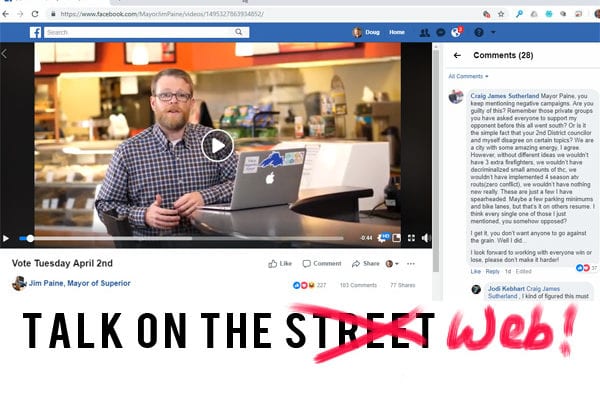 A video commercial posted on Monday morning to Mayor Jim Paine’s Facebook page has sparked a spirited online debate this week. In the commercial, Paine endorses three city council candidates, who all claim to be “fighting” for their neighborhoods.

Paine’s endorsements are for 2nd District Councilor Jenny Van Sickle, 4th District challenger Laura Gapske, and 8th District contender Matt Österlund. According to on-screen captions, the commercial was paid for by the campaigns of the three council candidates as well as the mayor’s campaign. The commercial has also aired on local television.

While the Mayor is certainly within his rights to endorse candidates, it is unusual for a sitting mayor to endorse city council candidates, particularly for a non-partisan seat. At the conclusion of the commercial Paine asks the audience to “stand with us on April 2nd” and presumably fight for Superior as a ticket.

Talk on the street is that the council is divided along lines of either siding with the mayor on issues, or battling against his agenda. The commercial has done nothing to soften that disconnect in city government. This is a concern since the Mayor chairs the regular meetings of the ten city councilors. Each councilor has a single equal vote, but in case of a tie the Mayor is the tie breaker.

Perhaps this is why the Mayor has chosen to get involved with endorsing city councilors? In recent years, Superior has seen a youth movement in city government, our current Mayor is 40 years younger than his predecessor, and several thirty-something city councilors have been elected to replace the old guard.

Initially they all seemed to have the common agenda of doing good for Superior. High fives all around!

Now however, differences of opinion and policy separate them. It seems as though the Millennials are at war with each other, and have formed a circular firing squad. With next week’s election looming, Superior politics have sunk to a new low. Could we benefit from a citywide sing-along of Kum Ba Yah?

Rumors are flying with assertions that a news story was pulled by a local news editor due to a call from the Mayor’s office. Another rumor claims that a law suit was threatened in order to stop a negative ranking from being published in the Duluth Reader about Councilor Van Sickle in the annual “Best of the Northland” poll.

Multiple anonymous sources have confirmed that a story was indeed pulled on Wednesday night; the Mayor’s office has not commented on his involvement with this event. Regarding the “Best of the Northland” poll allegation, we were able to speak with Reader Publisher Bob Boone who denied any lawsuit threats. Instead he expressed concerns that efforts had been made to sway the vote on some categories of the Reader poll.

Since Facebook is in the public domain, we have chosen to show the video below that started this latest upset in city government, followed by the complete comment chain generated by it from March 25th through the 27th. We do not take sides on this issue, but instead are laying it out so that our readers can draw their own conclusions.

Perhaps the first thing the new council should take up is the renaming of our formerly quiet burg…Peyton Place seems appropriate? Is social media truly the best avenue to share your political views…we think not. In any case, this is an interesting read. 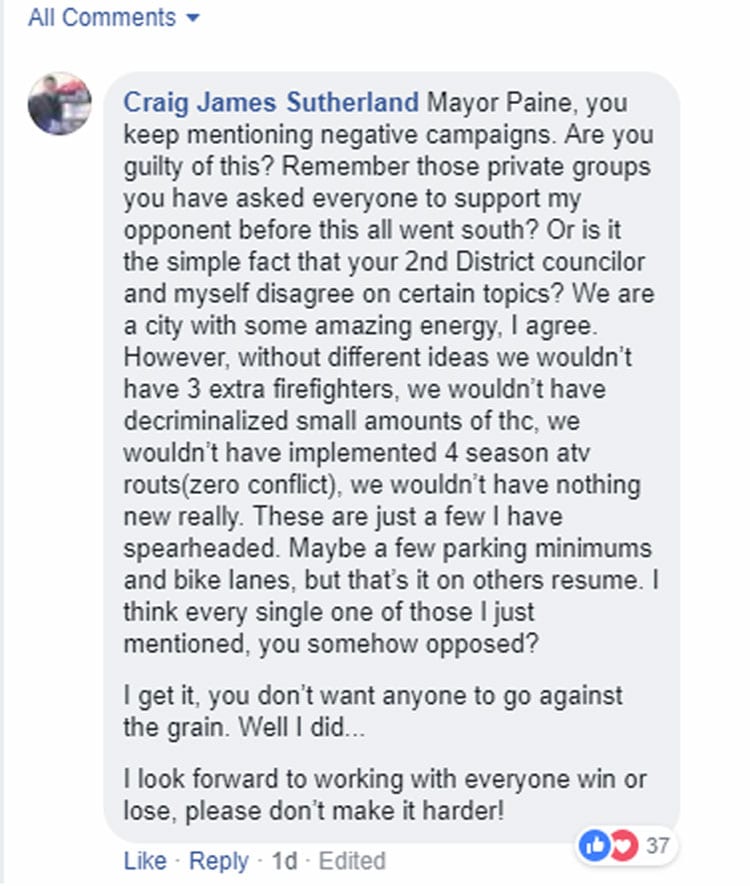 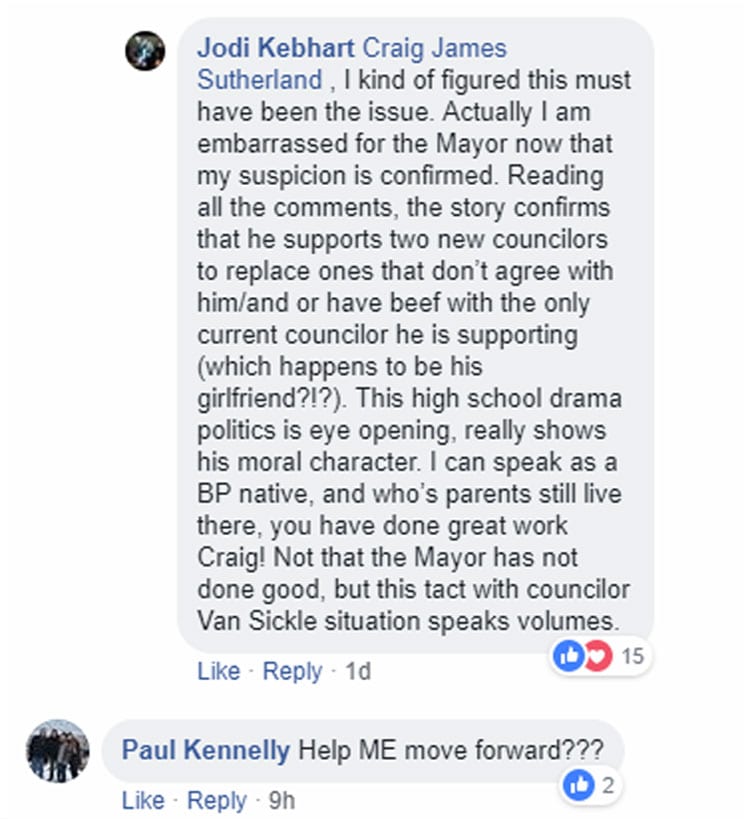 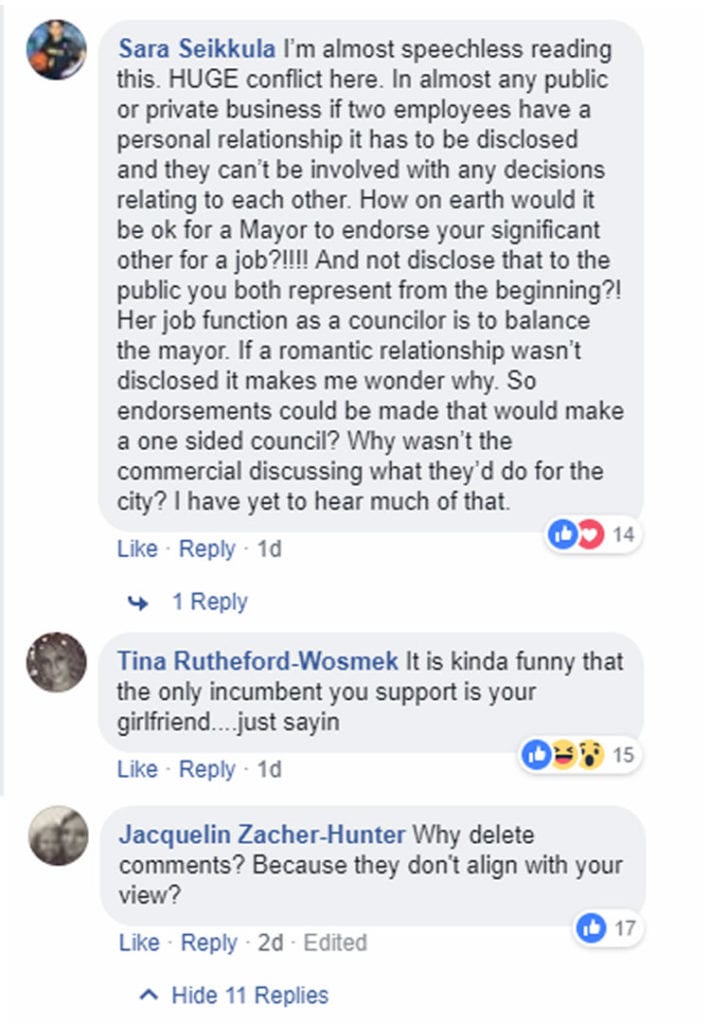 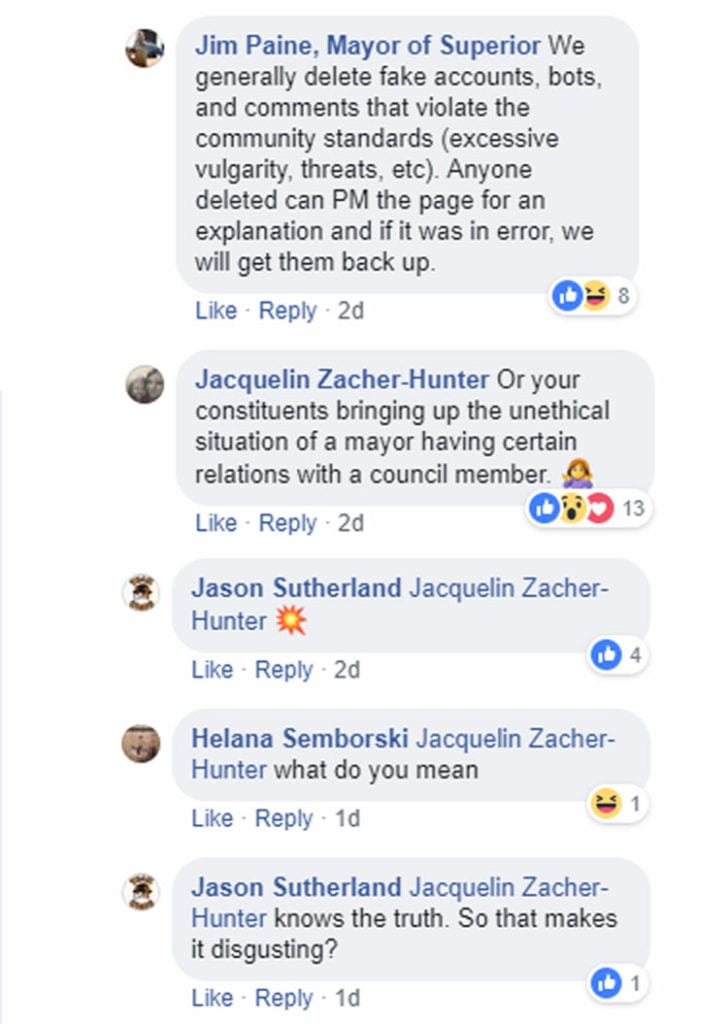 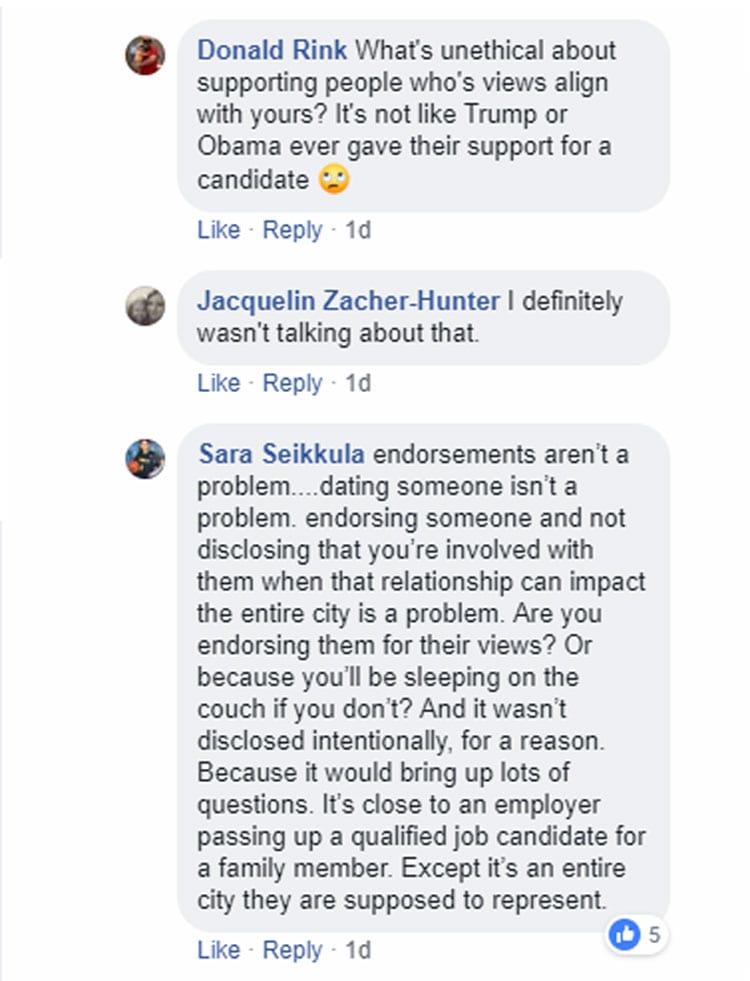 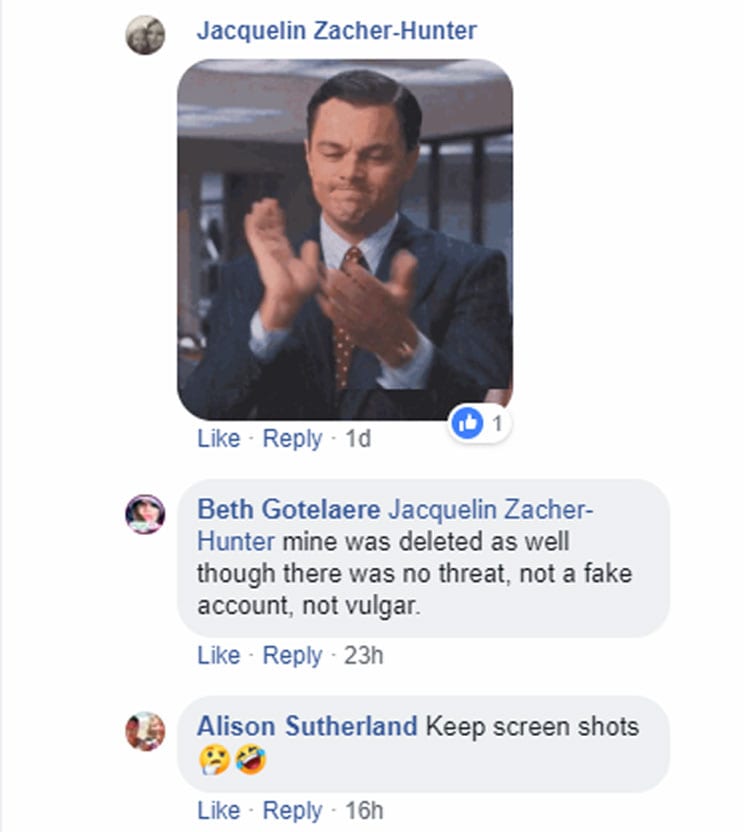 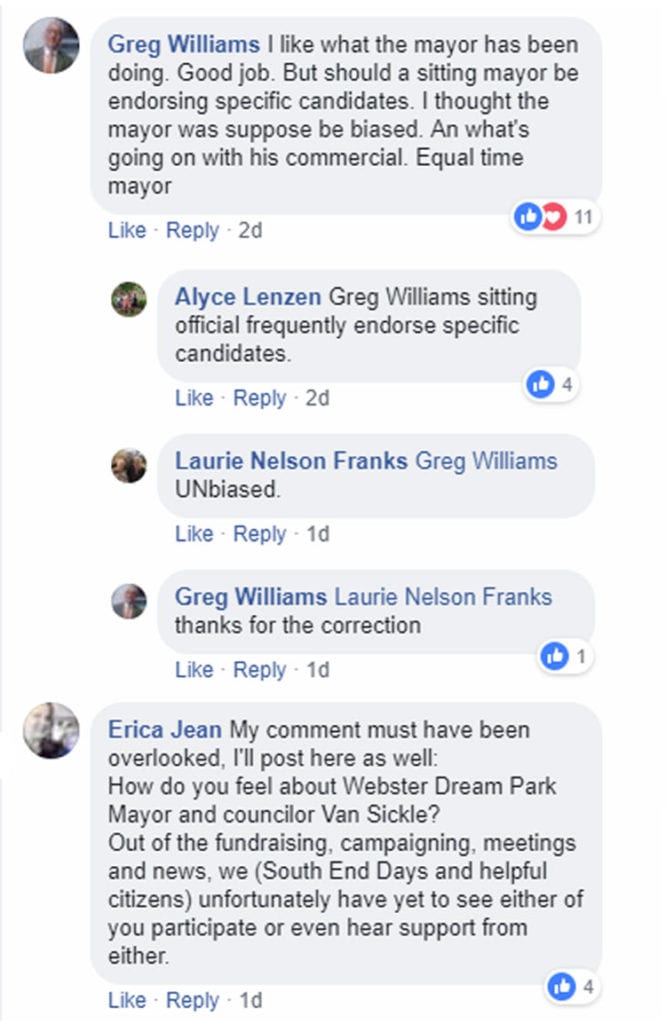 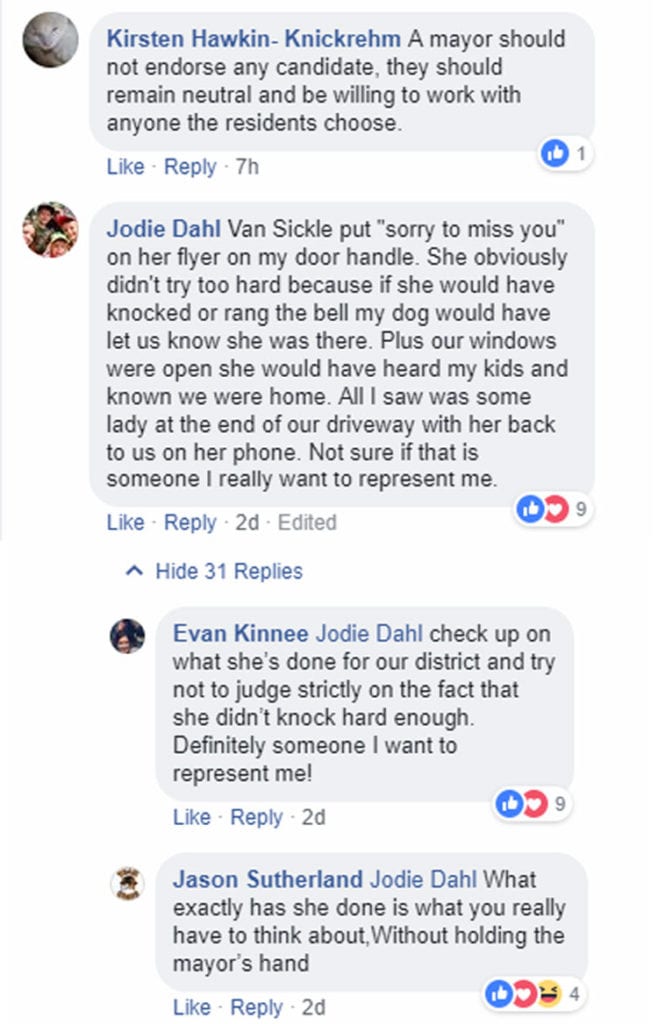 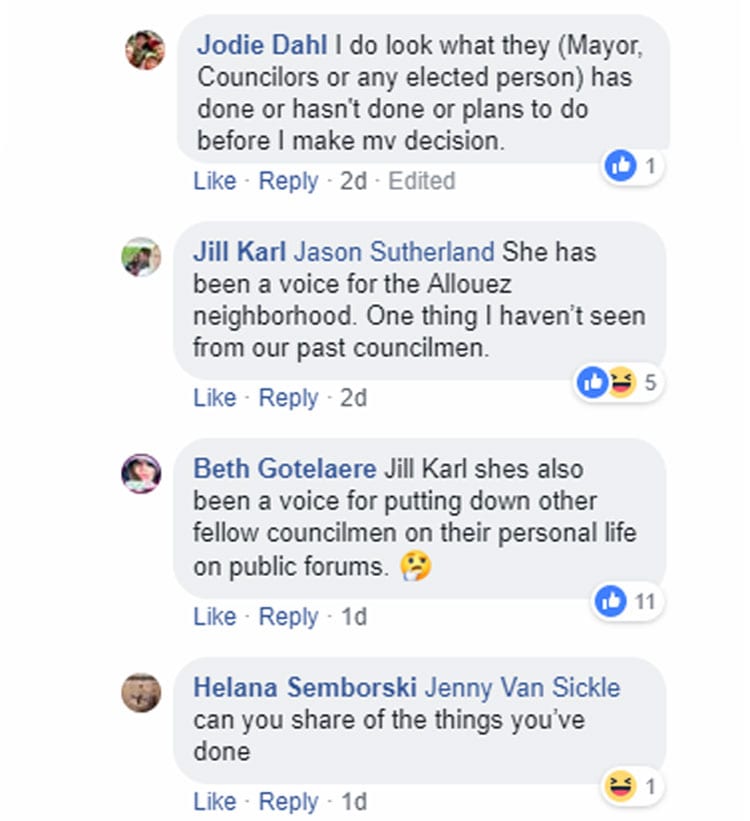 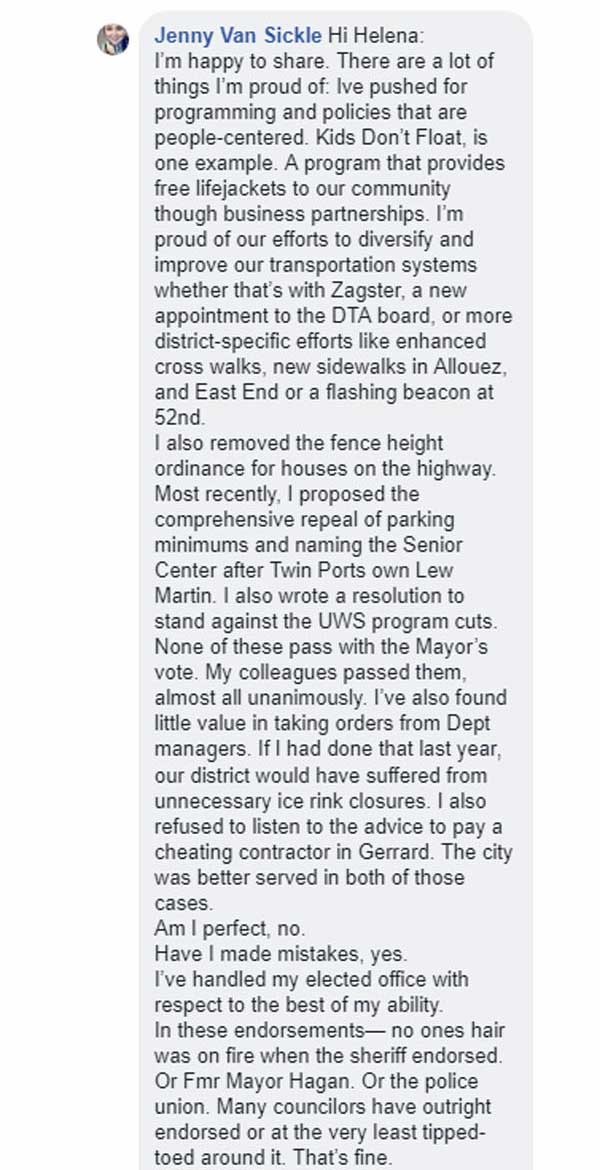 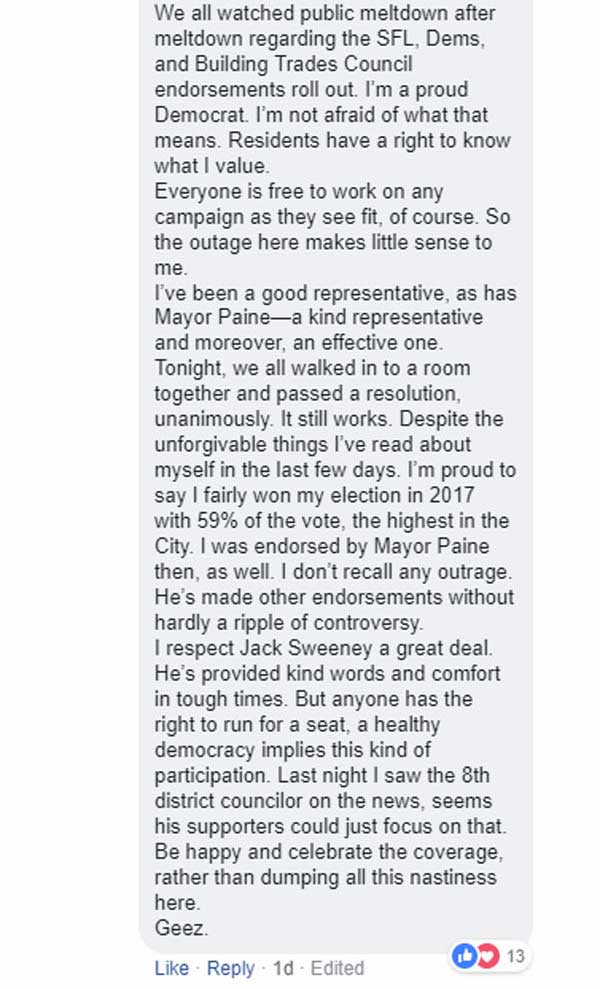 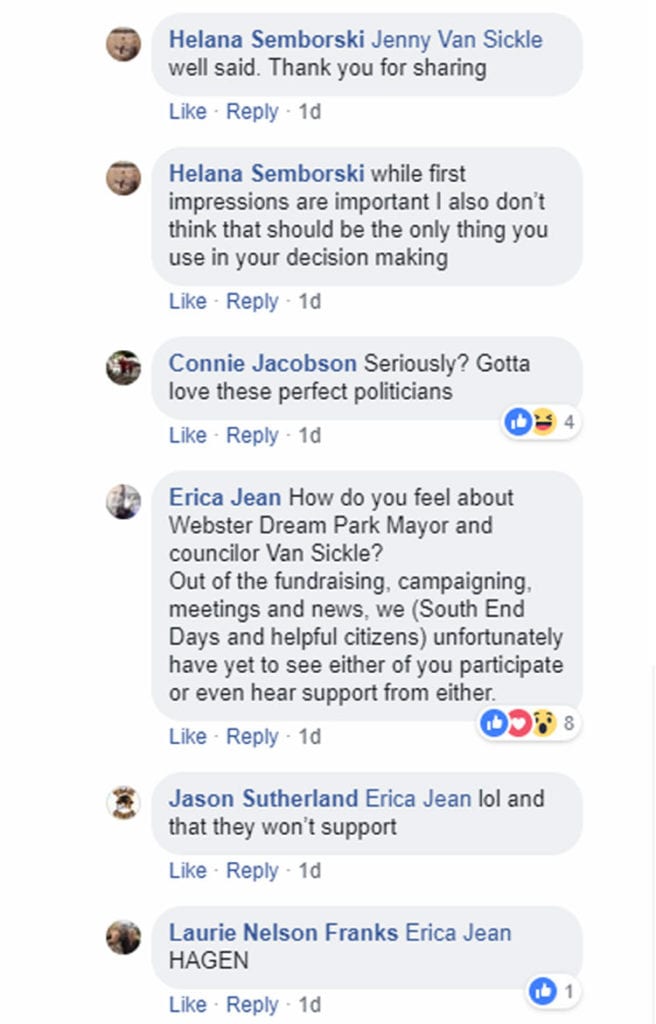 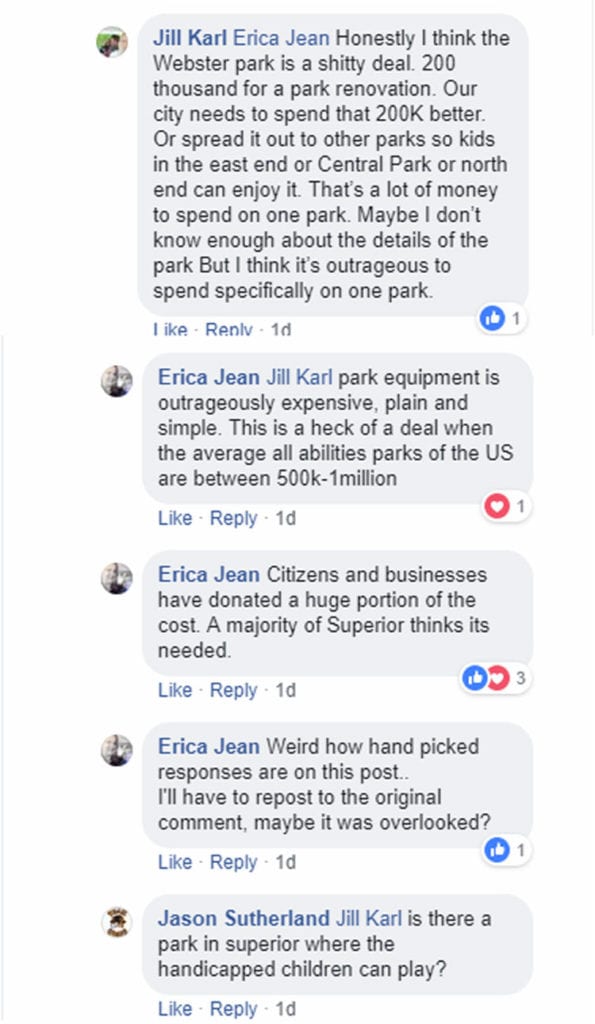 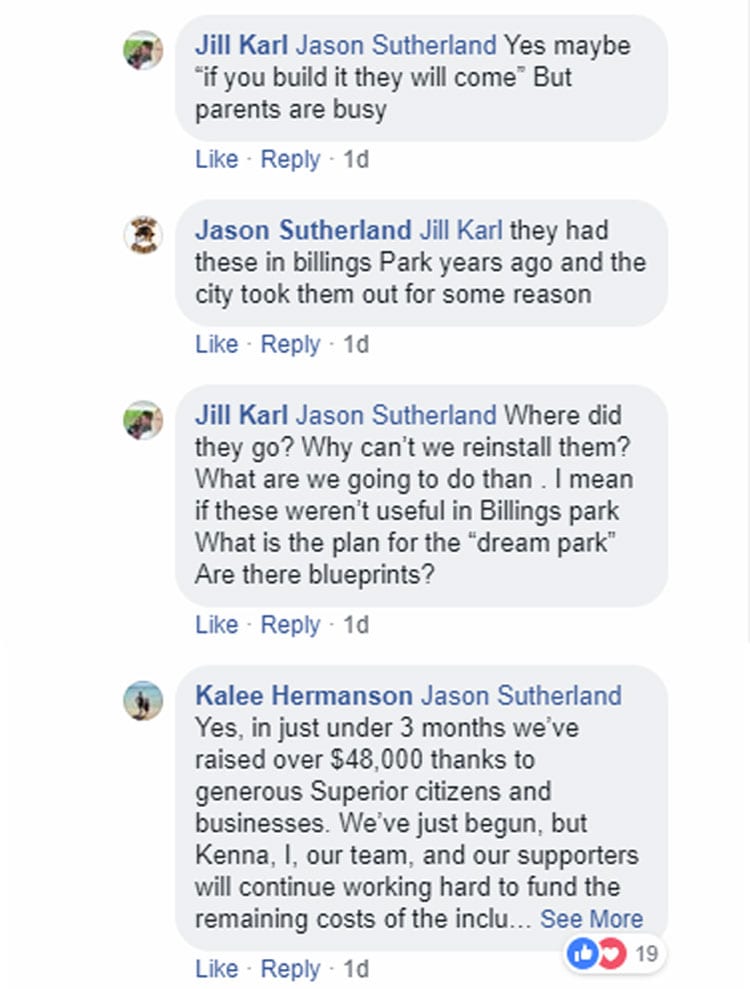 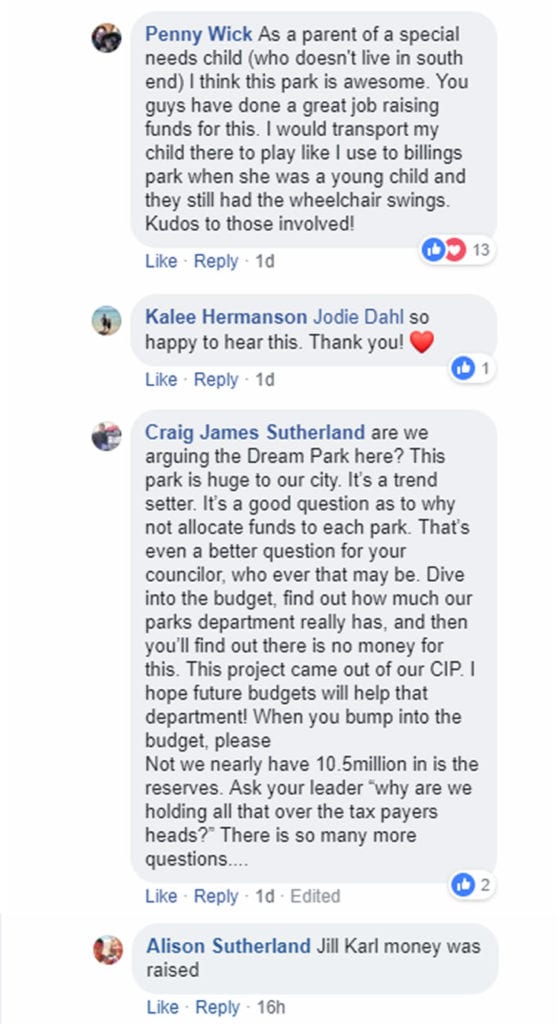 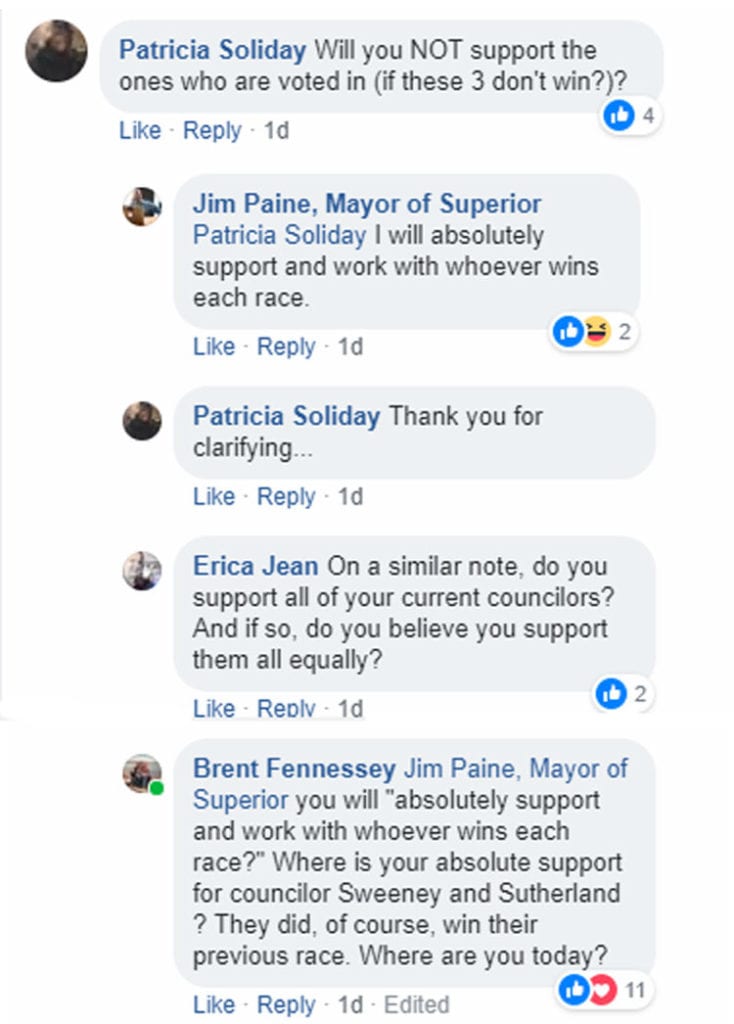 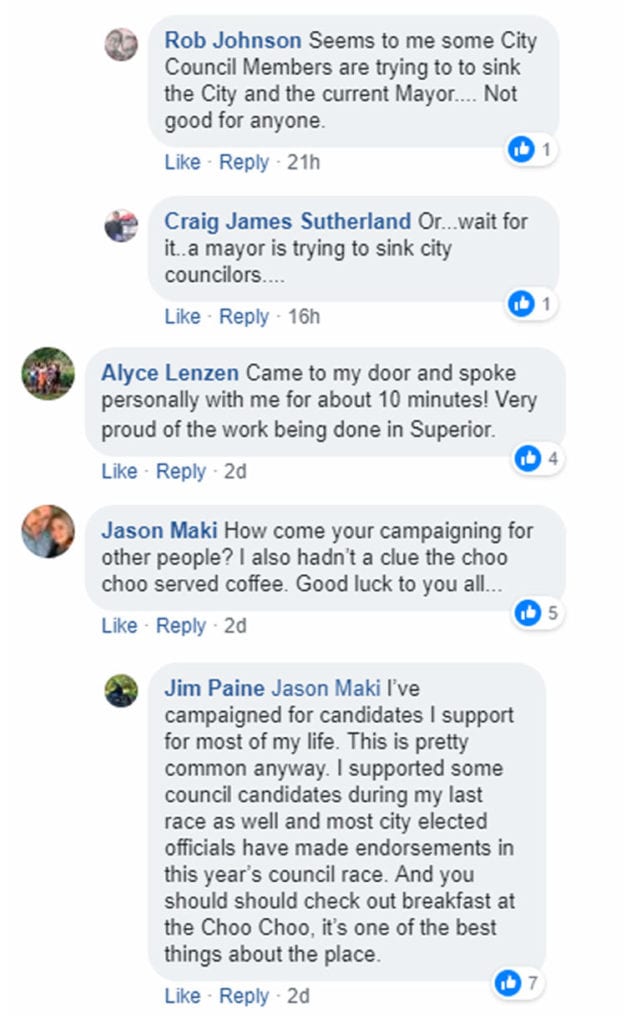 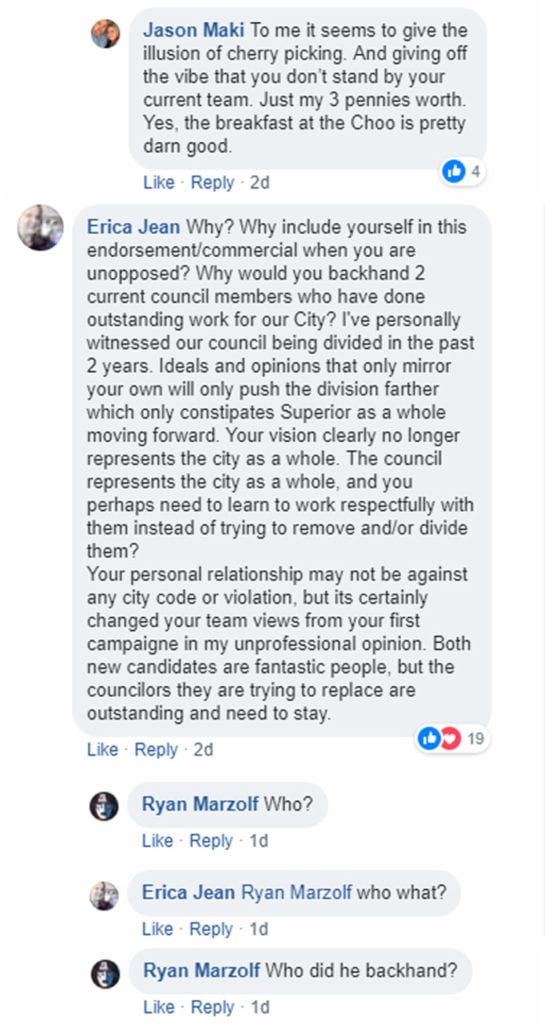 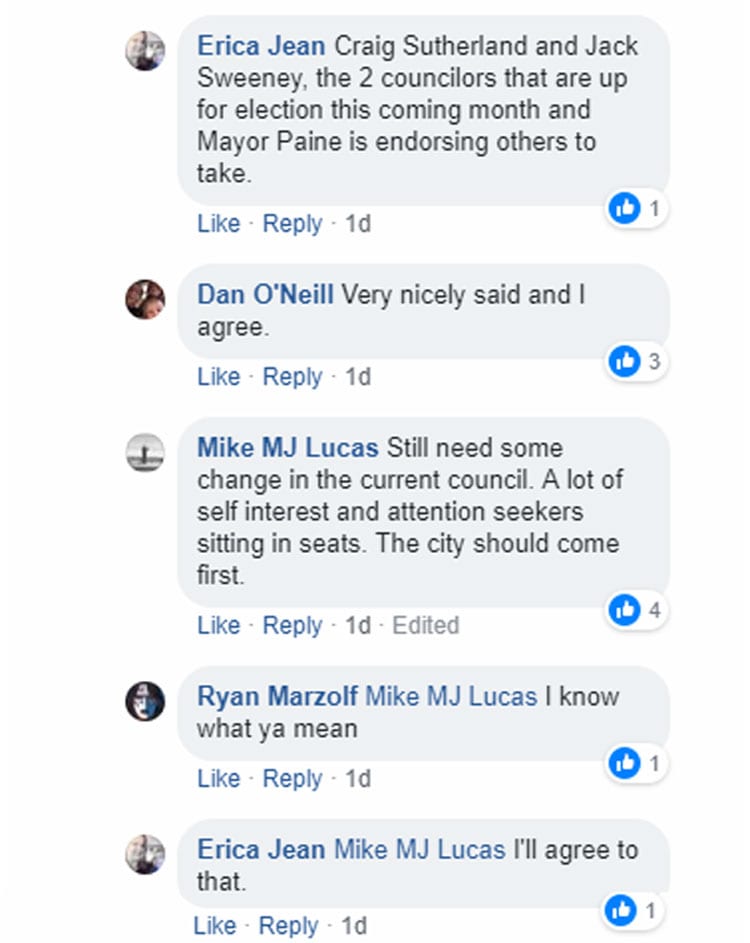 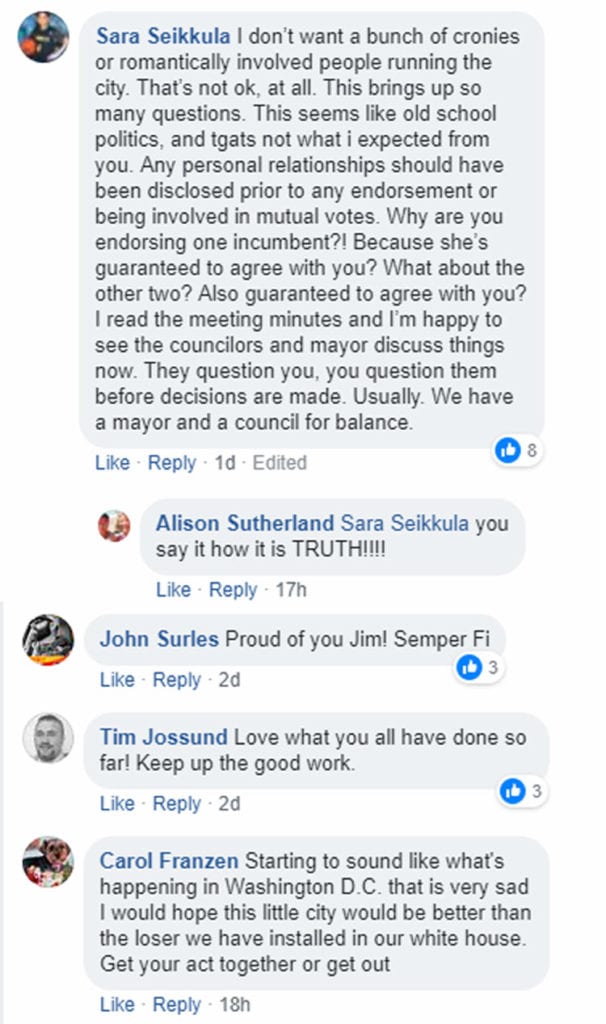 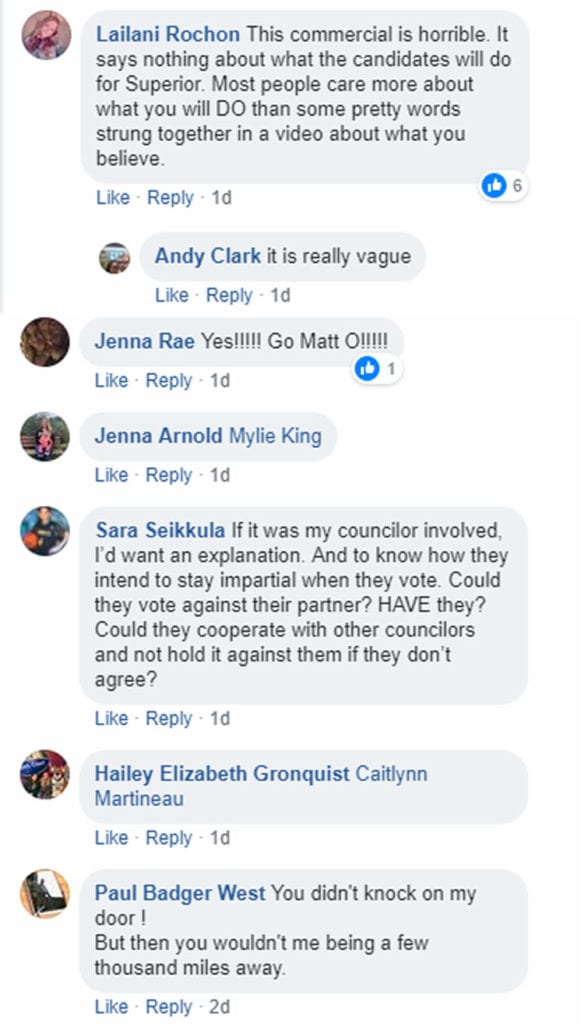 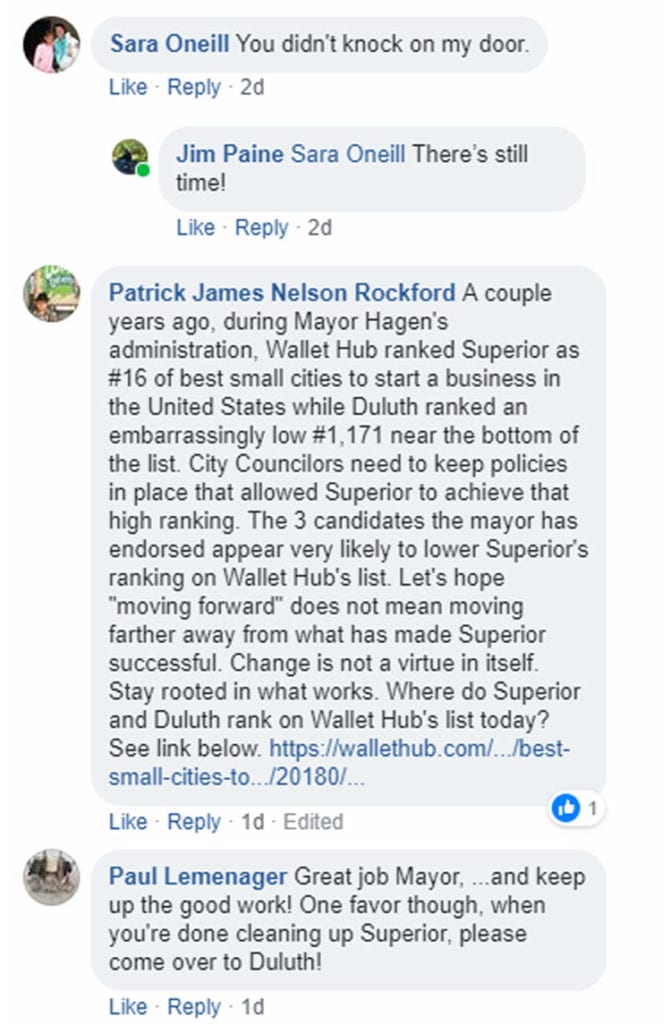 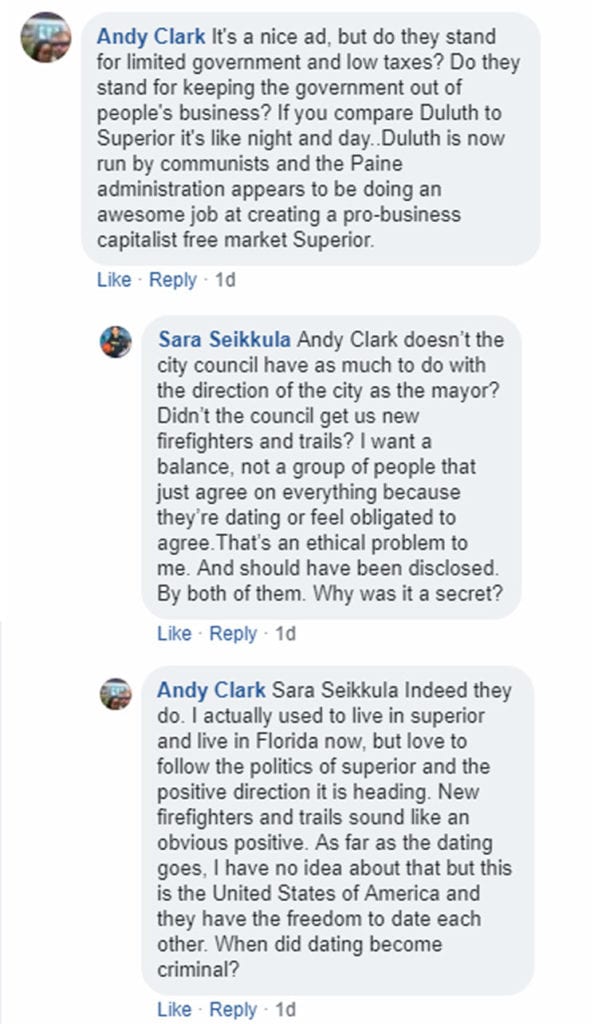 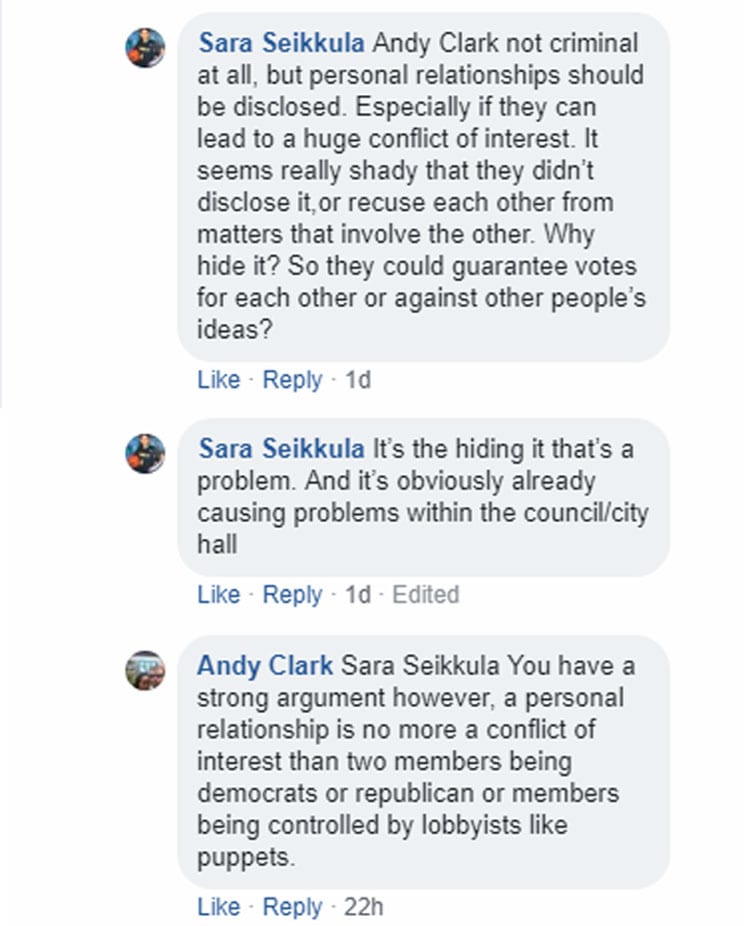 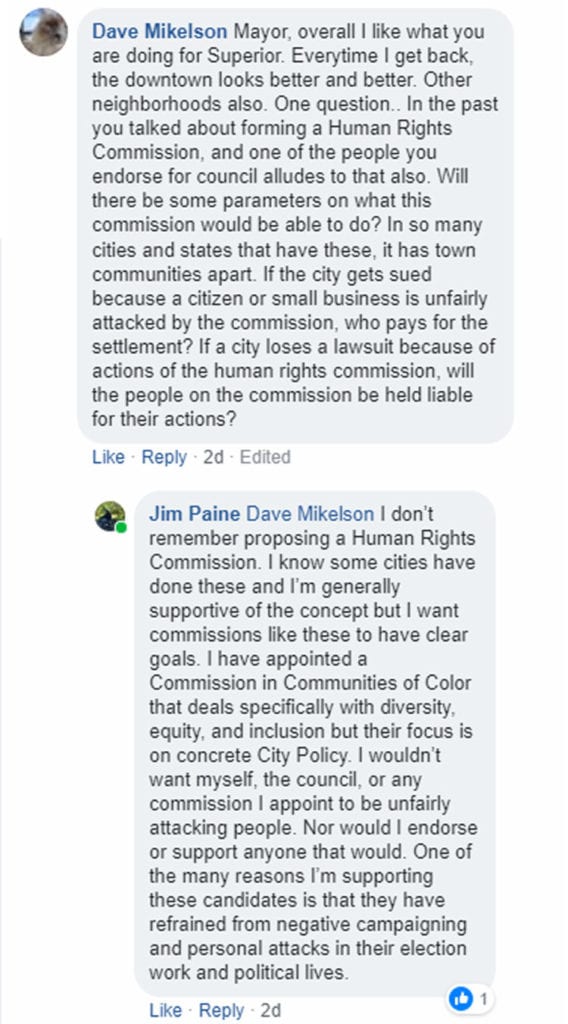 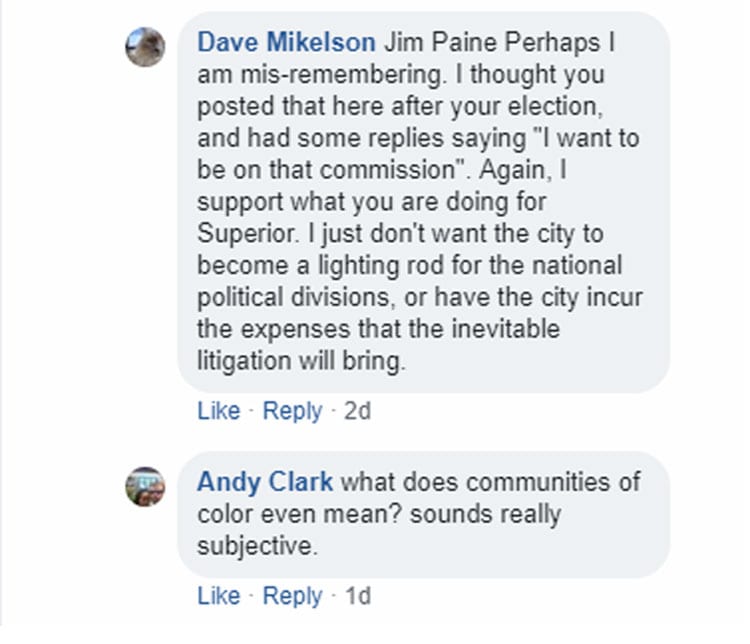 Meet The Candidates Join us at the Superior Public Library on Thursday, March 28th for a candidate forum of the...

Howard's Bay One of Great Lake's Most Polluted Sites The city of Superior agreed this week to work with federal,...