Burstrom Trail to be Revitalized

The festivities began with opening comments by Principal Jack Jarnis on the history of the school’s Burstrom Trail and future plans for this year’s revitalization project. Mr. Jarnis noted that the original trail, developed by former teachers Tom Burfield and Gary Lindstrom, was built in 1988 and has been in continual use by school students since. Classes in math, science, and writing often take place on the trail. A highlight of the trail’s use is the annual collection of maple sap, which is evaporated down to make quality maple syrup.

So far, about $23,000 has been collected for the project with an estimated cost of $40,000 for the entire project.  There is also the expectation that donations of labor and materials will likely diminish these costs and a number of community members have already stepped up with donations to the project.

A Four Corners ‘Farmers’ Market’ was open all evening and families were able to buy donated vegetables and plants, as well as maple syrup made by our school children. Funds collected are going to support the trail project.

After a dinner of pulled-pork sandwiches and fixings the children and parents were able to hike the trail to admire the rapid regrowth of the trees.  Children were also able to take part in I-Spy and Geo-Caching while on the trail. Taking breaks, the hikers roasted marshmallows over the fire pit and sampled herbal tea made from native plants.

Everyone was delighted to see how much the new aspen saplings have grown since the harvesting last winter. They were also pleased to see how much of the woodland had been preserved, such as the standing maples and the patches of pine and other evergreens.

Jack Jarnis is the Principal of Four Corners Elementary School in Superior, Wisconsin 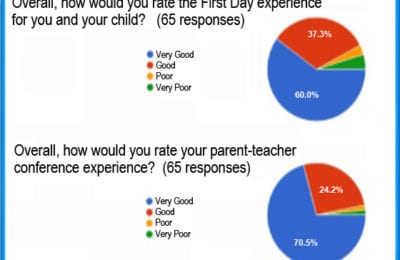 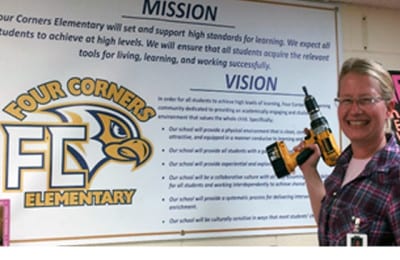 Lots of Activity Taking Place By Natasha Schmid Head Start and Early Head Start are off and running in the...