Every Plot Has a Story

What are your goals in life? For many, it is to see how much money and possessions that can be acquired during a lifetime. To live in a house substantially larger than anything that you could possibly use, just to give everyone who passes by the impression that you are very successful and important.

Others see their lives as family driven and measure their success through raising healthy, successful children who honor and respect their parents, grand-parents and all other living creatures.  In both instances, a person wants to be remembered long after they are gone because, as we all know, our time on earth is short.

For most of us, we live our lives the best we can until we pass on. The living are left with only our grave site to remember us by. Our resting site may be attended to for many years while our children live, and later visited occasionally by grand-children, some great-grandchildren, and then most of us will eventually be forgotten.

The Douglas County Historical Society (DCHS) believes that there is still a lot to learn from the people of the past, and on September 26th, 2015 we brought back a select number of former citizens of Douglas County to tell us about their times and their lives.

On Saturday, September 26th, with the cooperation of the Greenwood Cemetery, the DCHS presented it’s “1st Annual Living History Walk” featuring many characters that once walked our streets and had dreams of their own.

While living in Nashville, Tennessee from 1998 -2003, I attended fundraising events like this put on by local historical societies. These events also provided a chance to educate not only the locals, but also visitors about Nashville’s history. The big draw in Nashville was that you got to meet Revolutionary Soldiers, the sailing Captain who named “Old Glory,” as well as Presidents, actors, and of course country music stars.

Charles Starkweather, a pastor in 1882 that became a politican and was elected Mayor only to be impeached for financial improprieties shortly after taking office.

Although Nashville had a large cast of characters, Douglas County and the City of Superior also has had its share of influential people, and people who played a big role in the development of this area and our nation.

Having said this, selecting the participants for this inaugural event was difficult.

With some minor “digging” we were able come up with over 40 potential candidates to be presented during this year’s tour. DCHS leadership decided that to spotlight not only individuals who made the newspapers, but also people who were strong and unique individuals in their own right.

With so many individuals with great stories to be told, we realized we can change the lineup each year. This will make each year’s “Annual Walk” unique and educational in the future, and will bring back new and repeat visitors.

One example of a participant in this year’s walk is Katharine F. Lenroot*  She was the daughter or Irvin and Clara Lenroot who both were influential in Douglas County and in Washington, DC in their own right. In her professional years, Katharine was appointed by Franklin D. Roosevelt to be the Chief of the United States Children’s Bureau, where she served in that capacity for 17 years.

From 1947 until her retirement in 1951, Lenroot served on the Executive Board of UNICEF and played a significant role in the organization of this new venture. All told, Lenroot fought for children’s welfare for 37 years, and in that time she won the Federal Security Agency Distinguished Civilian Service Award, the Rosenberg Medal (1942), the Gold Medal of the National Institute of Social Sciences (1947) and the Survey Award(1950).

In addition she was awarded Honorary Doctorates from the University of Wisconsin, Russell Sage College, Tulane University, Western Reserve University and Boston University. **

Another example was the famed photographer David F. Barry who was portrayed by well-known area Actor Chris Nollet.  You may know Chris for his rendition of Bob Hope for the last number of years in the DCHS production of the 1943 USO Show. David F. Barry was an inexperienced photographer until he became an apprentice to Orlando Goff, who was the Fort Photographer at Fort Abraham Lincoln, where the 7th Cavalry with General Armstrong Custer were stationed prior to their ride to the Little Big Horn. While in the west,  David became fast friends with Native American Chiefs Sitting Bull, Rain-in-the-Face, Gall and other well known characters such as Buffalo Bill Cody and Pawnee Bill.

David Barry and his wife moved to Superior in the late 1890’s and had a number of photography shops in town. He continued taking photographs until his death in 1934. As a coincidence, David Barry had hoped to live until his 80th birthday, and he did, passing away on his 80th birthday in 1934.  After his death, Barry’s collection of over 550 original prints that he shot and developed, were given to DCHS and are now a prized part of our vast collection of prints, photographs, documents and artifacts.

At the DCHS we are already in the initial planning phase for next year’s “2nd Annual Living History Walk” which will again take place at the Greenwood Cemetery. Next year’s walk will again feature local and regional actors portraying some of the most interesting people from all walks of life.  With over 20,000 people buried or interred at the cemetery, we look forward to a completely new cast to educate and entertain our visitors.

“A story in every plot”…the story continues. 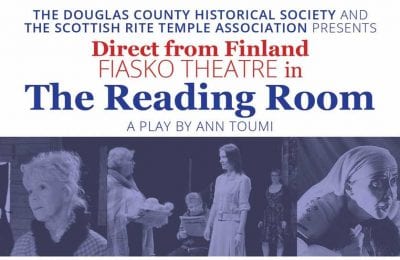 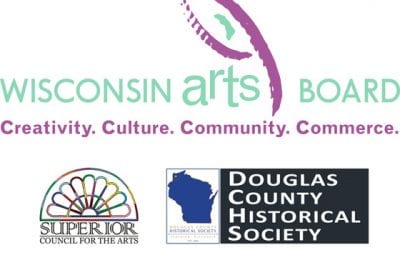