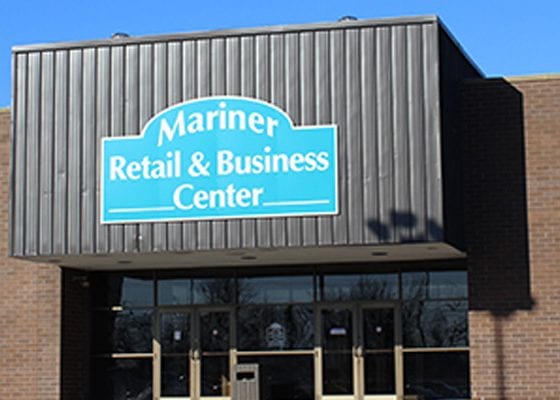 When a company that included former Minnesota Twins owner Carl Pohlad built the Mariner Mall in 1980, the retail outlook in Superior was much more sunny. The Miller Mall in Hermantown was still relatively young and doing quite well, and it only made sense to build a mall in Superior. 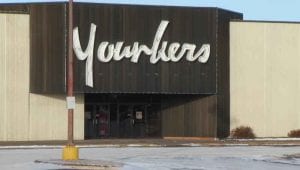 Talk on the street is that when the mall was in the planning stages, there was significant interest in locating it on south Tower Avenue in the vicinity of where Wal-Mart is now. ES has been told it landed on 28th Street due to political pressure, but we have been unable to corroborate that at this time.

In the intervening four decades, Superior has seen a decline in retail within its city limits, and a rapid migration of shopping opportunities to the west into Duluth and Hermantown.

It is no secret that online retail sales have boomed in the past ten years, thanks largely to Amazon, but also to companies such as Wal-Mart.

If there’s a pot of gold at the end of that rainbow it’s probably there for all of the postal workers who thought their jobs were going to disappear about ten or fifteen years ago with the advent of email.

In the early years of the Mall’s history, it teamed with activity and hosted dozens of stores and boutiques, a movie theater and a couple of restaurants.

It was a gathering spot, a place to take the kids to see Santa Claus, and an exercise opportunity for single moms and retirees who took to walking it’s corridors (the walkers still return daily.)

Decline in The New Millenium

Now, almost all of the retail stores have closed, and just today it was revealed that Younkers, the last remaining department store in Superior, will close in two to three months.

Recently a tattered vinyl sign flapped in the breeze at the perimeter of the parking lot facing 28th Street announcing that the Sear’s store was looking for a new owner.

Additionally,  GNC and Total Recreation closed within the past six months.

A Pivot To Retail & Business Concept

Nonetheless, the center is three-quarters full, no small feat considering the landscape of retail in Superior today. The company recently rebranded themselves as the Mariner Retail & Business Center. One can’t help but assume the rebranding will eventually result in the property becoming the Mariner Business Center. 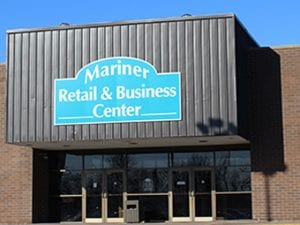 Management there hopes to fill-up the center in coming years by moving to this new segment of tenants. They have found new business tenants to fills the gaps left by departing retail stores.

Owned since 1995 by Quality Investments out of Rice Lake, the ownership group consists of four people who prefer to keep a low profile. While it is admirable that the owners are maintaining the property and working towards filling the space up, it is unfortunate that they seem to shun publicity.

Explore Superior first approached center manager Suzy Cragin in the summer of 2017 requesting an interview so that we could publicize what was happening at Mariner.

Rumors were abounding that the center was going to close but activity within seemed to suggest otherwise. Our motives were pure and we hoped to tell a story of the changing market place and how the Mariner was evolving.

Ms. Cragin declined an interview at that time because the owners were then in the process of ordering new signage to place over one of the entrances (see photo accompanying this article). She stated that she wanted to wait until the new sign was installed and they were ready to share their business plan.

ES just learned about the Younkers closing today shortly before 1 pm. We posted the news to our Facebook page and in just four hours the post has been shared by over 100 people and been seen on the timelines of almost 10K people. This is obviously big news in a small town.

When contacted for this article about whether she was ready to discuss the future plans of the Mariner, Ms. Cragin once again deferred saying that “she had been told to not comment publicly” about the plans for the building.

Should Better City Superior and its proposed Exposition District be approved by the State in the near future, it is possible that retail will experience a resurgence in the downtown area as a need for services will no doubt sprout from the proposed hotel, water park, sports field house, and corporate campus.

For more information about these plans, please search our website using the phrase “Better City Superior.”

Perhaps a shift in office space will then take place in Superior as retail oriented entrepreneurs begin to fill empty spaces in older buildings within the downtown district. Should that happen, the Mariner Center may in fact see more demand for its space as professional tenants look for offices outside of the entertainment district.

With the departure of Younkers, the Mariner complex will retain twenty-one tenants representing a variety of business types.

Although GNC and Total Recreation are still listed, here is a list of current tenants as found on the center’s website:

ES wishes the newly branded Mariner Retail & Business Center well as they continue to morph into a new segment. We appreciate their ingenuity and ongoing maintenance of this enormous building.

One parting suggestion however for the Mariner management…of the five featured merchants displayed at the bottom of the Home page of your website, only Sears will remain after Younkers leaves. It appears at least this portion of your website hasn’t been freshened-up since 2010.

It may be time to consider a redo of your website…unless of course that is being secretly done right now!

Busload of Superiorites Descend on Madison On a cold Tuesday morning in January, a baker’s dozen of concerned citizens boarded...