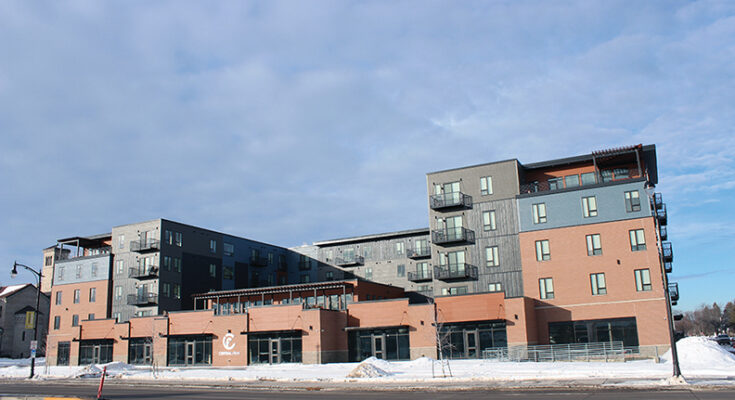 Peter Pavlovich and Ryan Nelson, the owners of P&R Properties Twin Ports LLC, have been on a mission to provide high-quality apartment units with affordable rents – both in renovated and new buildings – to help ease the critical area housing shortage.

They noted that they’ve worked hard to provide attractive apartment rentals for tenants on both sides of the bridge in Superior and Duluth since 2012. And it’s been their dedicated goal to provide properties in the Twin Ports region that their tenants can be proud to call home.

“What sets P&R Properties apart is our customer service,” Pavlovich said. “We care about our people and our area and have a team that is personable and attentive. We treat our tenants like family, and we go above and beyond to meet their needs.”

P&R Properties evolved from P&R Plumbing and Heating, the company Pavlovich and Nelson founded in 2010. That division continues to employ union tradespeople from throughout the area to work on a variety of plumbing and HVAC projects for apartment buildings in the Twin Ports  such as ENDI, Capstone, BlueStone Flats and many others.

“This is really our flagship project in Superior with our
best systems and practices in place. We are also happy to
offer affordable units.”
– P&R Properties Co-owner Peter Pavlovich

As Pavlovich and Nelson started moving into the housing sector, they began renovating a few homes, duplexes and smaller apartment buildings. They built their first new building in Superior in 2017 with the 24-unit Village Apartments at 6712 Tower Ave., which is close to downtown, Lake Superior and the Nemadji River.

Next came Onyx, a luxury 54-unit apartment complex at 1301 Weeks Ave. in the heart of Superior, just minutes away from Lake Superior and blocks from downtown Superior. That building opened in July 2018.

In August of 2019, they opened the doors at 320 North, a luxury 89-unit complex on F Street just a short walk from Barker’s Island and Lake Superior, where some of the units’ tenants enjoy a Lake Superior view.

And in October of 2019, they broke ground for their latest project – the 130-unit Central Flats building. As the name implies, it’s centrally located in Superior at 1001 Belknap St. on a three-acre lot. The first tenants began moving into the building in late November. According to P&R Properties Marketing Manager Erin Makela, the building is almost fully occupied, since only one unit remains.

Central Flats is a mixed-use building featuring 12 different apartment floor plans, including 40 studio apartments, 64 one-bedroom apartments, 23 two-bedroom apartments and three units that have three bedrooms. In addition, Central Flats has six retail spaces. Since it’s the company’s largest building project to date, P&R Properties has added to what it learned through all its other projects, including more building amenities. “With some of the units being smaller, we wanted to allow people more places to get out and enjoy the building’s many amenities and community spaces,” Nelson noted.

This five-story complex utilizes the first floor for the yet-to-be-leased retail space and the indoor garage. The remainder of the building and grounds includes four floors of apartments and community spaces.

“This is really our flagship project in Superior with our best systems and practices in place. We are also happy to offer affordable units,” said Pavlovich. “We know that many people are wanting to simplify now, so our smaller units are appealing for many people.”

It’s built on the site of the former Superior Central High School, which has

Come to the Cantina

By Andrea Busche Bucktales Cantina & Grill Has a Big Fan Base, Thanks to Its Unique Mexican and American Cuisine...