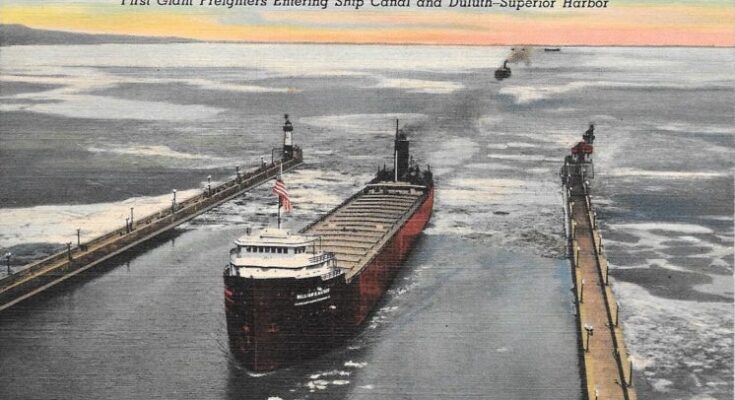 Postcard from the Opening of Navigation Season 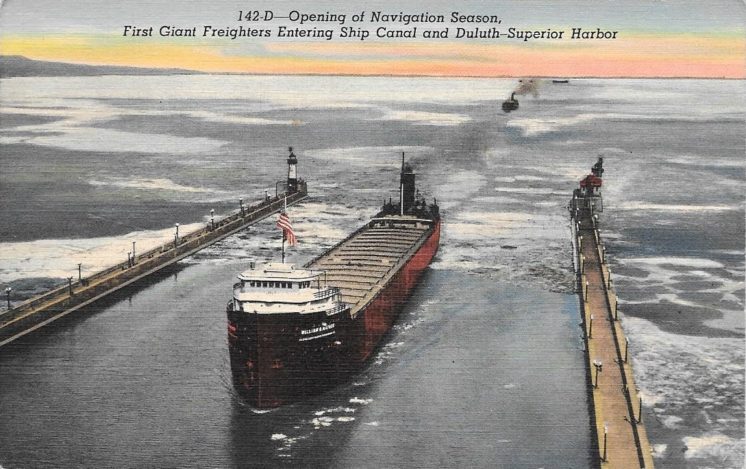 This undated postcard shows a freighter entering the Duluth Shipping Canal at some point in the early 1900s.

The caption on the back of the card reads:

The start of the 2022 shipping season was March 25. The first oceangoing vessel of the season arriving in the Port of Duluth-Superior was the Resko, a 624-foot bulk carrier from the Polsteam fleet, which passed under the Aerial Lift Bridge on April 13. 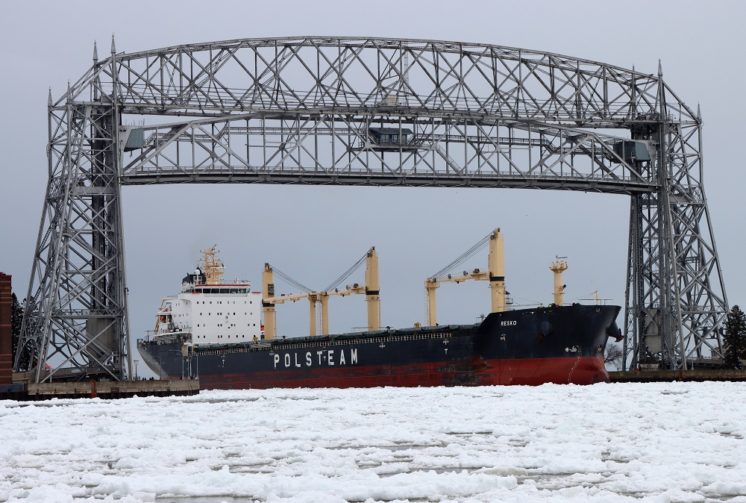 Left: Photograph of Emily Koch. Right: “Self Portrait” 20×28. Oil on wood panel. Emily Koch is a surrealist painter from...

The 24th annual Homegrown Music Festival is less than a month away. The 100-page Field Guide is off the presses...