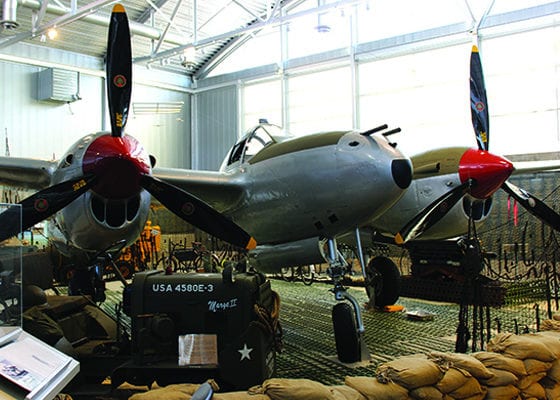 To Preserve and Honor

On August 7, 1945, there were two major headlines on the front page of the Los Angeles Times. The one at the very top read “ATOMIC BOMB HITS JAPAN” in the capital letters befitting such a monumental, historic event. The one just below that – in just a slightly smaller font – read “Jet Plane Explosion Kills Maj. Bong.”

The “Maj. Bong” of the second headline was Major Richard Ira Bong, a flying ace who had downed more enemy aircraft in World War II than any other pilot and who had received the Congressional Medal of Honor for service to his country. Bong was also a Superiorite; he was born in the city and grew up on a farm in Poplar. In 1938, he studied at Superior State Teachers College (the forerunner of what became the University of Wisconsin-Superior). While at the college, he took private flying lessons and also enrolled in the Civilian Pilot Training Program. He subsequently enlisted in the Army Air Corps Aviation Cadet Program and later was commissioned a second lieutenant and awarded his pilot’s wings in 1942.

At 24, his life was cut short when the experimental jet plane he was piloting crashed in California – just six months after he married his sweetheart, Marjorie Vattendahl, in Superior. Thousands attended his funeral services in Superior.

Today, people in the Twin Ports drive back and forth from Superior and Duluth over the Richard I. Bong Memorial Bridge, and his military service as the highest-scoring American fighter pilot during the war that gradually became known as “The Big One” are known to many. Even people with no interest in history probably have some awareness of who Bong was, due to the fact that his name and story are part of local lore.

“These people who served – it’s not just their time in the military, but also what they did after the fact and how it kind of shaped the community as well.”
– Executive Director Hayes Scriven… (read more)

TAGBong Center
Previous PostWelcoming The World, Newest Budget-Friendly Lodgings at the Lake Next PostStand-Up Comedy at V.I.P. on Wednesdays 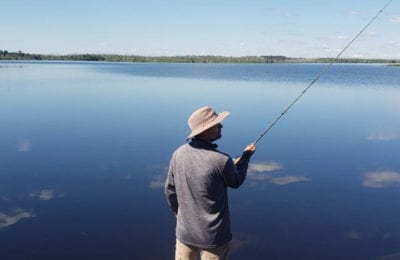 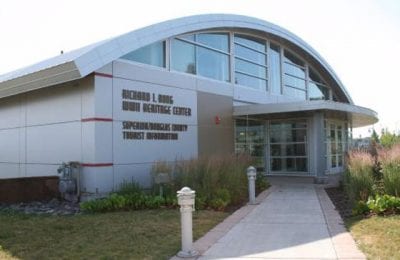 Cyclists Gear Up for Another Year

This post was originally published on Positively Superior Fastenal Is North America's Largest Fastener Distributor Long before this company became a...