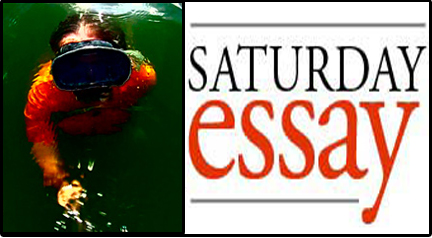 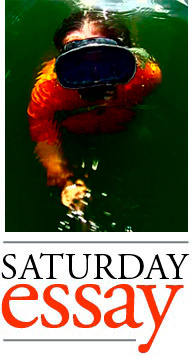 Explore Superior found this post on Perfect Duluth Day…we’re not certain if this gentleman is serious or if this is satire. Nonetheless, and interesting premise to be sure.

To the Mayor of Duluth and the City Council: I propose that the city stock Lake Superior with seals, and a community of orcas to keep the seals in check. This plan increases annual tourist revenue by $300,000,000. I outline my proposal below with expenditures.

Seals can live in freshwater. The only population of exclusively-freshwater seals is native to the ratchet Lake Baikal in Russia, the Baikal seals. But geopolitical issues preclude obtaining breeding pairs. Therefore we need to look closer to home: Quebec has harbor seals in a couple lakes, a subspecies of the common seal called the Ungava seal. But, the Ungava is endangered so if we import them, we should establish a breeding program, increasing expenses.

Fortunately, Iliamna Lake in Alaska has a population of common seals trapped there. I suggest we capture and import specimens from that population to get ours started. Technically saltwater seals, the common seals’ adaptability to freshwater has been proven which will give them a head start in Lake Superior. I’ll throw in a couple Ungavas on the house to increase genetic diversity. Estimated cost of capturing and importing 100 breeding pairs of seals from Lake Iliamna: $3,500,000.

Seals eat salmon, herring, sculpin, and ducks, so Lake Superior should support them easily; in fact they may even munch on invasive zebra mussels like popcorn if we’re lucky, outweighing costs to local fisheries. Potential annual regional savings to zebra mussel control efforts: $10,000,000.

Seals are primarily coastal, but their presence on Lake Superior beaches should not prove too intrusive for human enjoyment of those natural areas. Mating occurs underwater — the seals, I mean! — and pups wean after 4-6 weeks. Seals would be able to dive to the deepest parts of Lake Superior and return to the surface to nap adorably on the beach, as four-foot-high killer whale dorsal fins cut the open sea, the canal, and the harbor. Picture educational dramas of orcas hurling themselves onto the sands of Park Point to ambush seal pups. These new, marketable fauna will boost tourism on our shores. Estimated increase in annual Duluth tourism revenue: $300,000,000.

A marketing campaign that writes itself

Orcas from transient pods already used to eating seals should be targeted for relocation. Estimated cost of six breeding pairs of orca whales: $12,500,000.

A seal population might consume hundreds of salmon per day, so any orca eating a one-hundred-pound seal

“Lookout Point” is probably meant in a generic sense in this postcard, as in “a lookout point.” And if the...

Duluth’s Like He took first place in the Maritime category of Lake Superior Magazine‘s 27th Annual Photo Contest for “The...